More than a dozen or so candidates are angling to become governor of the most economically vital state in Nigeria on March 9. But the battle proper will be fought between BabajideSanwo-Olu of the All Progressives Congress and Jimi Agbaje of the Peoples’ Democratic Party. NewsTimesAfrica considers their possible strengths and weaknesses…

More than any other state in Nigeria today, Lagos occupies a central position. First, it is the commercial nexus of the country. Second, it is the closest to what can be called a melting pot since nearly all the major and minor ethnicities are fairly adequately represented in the state.

So, as the governorship election nears, Lagos state will be the focus of attention, perhaps, more than any other. Besides, in the last 12 years, one man, and one man alone, has determined who becomes the number one citizen in the state. And that individual is none other than Asiwaju Ahmed Bola Tinubu who himself was governor for two terms from 1999. He has not relinquished his role as kingmaker even on the cusp of another governorship election.

Like his two predecessors, Babajide Sanwo-Olu is the anointed candidate of the All Progressives Congress contesting as governor of Lagos state. Before him, there was BabatundeRajiFashola, now Minister of Works, Power and Housing. Next cameAkinwunmiAmbode, the outgoing governor of the state.

Tinubu has since left Alausa where he presided for eight years. But his shadow still looms large in the corridors of power in Alausa, dictating the political pace from year to year. Indeed, most Lagosians know and feel his political weight in determining who becomes the governor of a state with the most population in Nigeria. It is against this background pundits everywhere insist that, come March 9, Sanwo-Olu may likely be on his way to Alausa, the seat of government.

What are his strengths?

The very first of them is he has the blessings of Tinubu himself, and a phalanx of his party members standing solidly with Tinubu very much like Roman legions massing behind their generals in war. That was amply demonstrated last November when, during APC’s primaries to elect a candidate to represent the party in the governorship election, they voted overwhelmingly for Sanwo-Olu instead of the incumbent Ambode.

It was a political coup masterfully executed, making it a record in the political history of a state where, for the first time, a sitting governor was denied another shot at Alausa.

Asked how JFK emerged president of America over much rated Richard Nixon in the 1960 election, one of the Kennedy strategists, Dave Powers, declared: “Money, money and money.”

It is no secret to many Lagosians that Sanwo-Olu has limitless access to bricks of cash. It is another political plus on his way to becoming governor. Of course, much every political analyst knows where the source of the cash is coming from – again, Tinubu whose several monikers have morphed from Jeun so ke to the lion of Bourdillon and now Jagaban.

It is no secret, also, that of all the contenders for the number one citizen in the state, Sanwo-Olu has a comparative advantage: his posters and banners are everywhere; radio jingles and television spots serenaded Lagos homes and offices round the clock, not to mention his campaign rallies that covered every nook and cranny of the state.

Beyond all that, another decisive factor in favour of the APC candidate in the coming election was the reemergence of MuhammaduBuhari as president only last week. It is an article of faith that since SanwoOlu’s party is still calling the shots at the centre, there is every possibility APC will hold on to the state and also want to call the shot from Alausa.

With all these advantages, is Sanwo-Olu an invincible political gladiator? No politician seeking elective office ever is, especially in these climes where loyalties shift like quicksand. To be sure, the man Sanwo-Olu himself defeated in the party primaries is a prime example. If anyone had told Ambode early in his administration he would be denied a second term in office, he would have thumbed his nose at the naysayer. But it happened.

The reasoning among keen political watchers in the state is that the outgoing governor, galled by his party’s betrayal, may turn his supporters against the very man and the party he represents, a situation analogous to saying “a friend of my enemy is my enemy.”

Twice in the past he was an almost, someone who got close to becoming governor of a state he was born and bred in, a state his party has tried severally to rule but almost always never succeeded. Will he be lucky this time?

A pharmacist by training, articulate, pragmatic and charismatic, Jimi Agbaje is no political neophyte as far as elections in Lagos state are concerned. In 2011 and 2015, he contested as governorship candidate, first under the banner of the Labour Party and then the same party he represents today. He lost. Any one will reasonably conclude that, for a man who has anhonourbale record of losing in elections where defeat translates into political oblivion, Agbaje would be finished. Wrong!

Agbaje has defied pundits once again, showing that he packs a lot of fighting force. In fact, the man has proved to be the proverbial cat with nine political lives. Just when you think he was gone, consigned to the dustbin of political history, Agbaje remerges again, rising, like the mythical Sphinx, out of the ashes of defeat.

One of his major strengths: Agbaje has everything to benefit from the current division in the party he is contesting against. There have been rumours, ever since the APC primaries last November, that the PDP candidate may likely have at his disposal, like a farmer gathering the fruit of an unexpected harvest, votes from the breakaway faction of members of the APC who have sworn allegiance to outgoing governor Ambode. If that happens, it may well turn the tide of the election in his favour.

What may also turn the tide against his major contender is that many Lagosians seem to be sick and tired of the rather undemocratic manner previous governors have been imposed on the electorate. “There is nothing democratic about an individual compelling his party members to vote for the candidate of his own choice,” a prominent political analyst sniffed on a recent television programme.

On that premise, Agbaje may benefit from what in political language is called sympathy votes, the way an orphan draws empathy when pitted against a cossetted child. Besides, a large chunk of voters in the state – mainly Igbos – have thrown their lot behind the man they see as their own and who will better represent their interests. Only last week at the popular Oshodi market, shops owned by traders of Igbo descent were destroyed and some of them harassed and beaten. All that animosity against the Igbos may turn against the ruling party in the forthcoming governorship election.

Even at that, Agbaje or his party does not have the financial muscle to withstand the might of the money bags in the APC.

Another obvious setback is Buhari’s recent reelection as president. It goes without saying that his party, which also controls Lagos state, may not want to relinquish their rulership of the state for crucial economic and political reasons. So, the man of the PDP has to contend with federal might as the governorship election draws ever so near.

Still, pundits are not sure where the political pendulum will swing in the case of Sanwo-Olu and Agbaje. Weighed against their current strengths and weaknesses, the APC candidate clearly has the upper hand. If, by chance, Agbaje succeeds in his third term, then he would have broken the political jinx of being an also-ran. If he doesn’t, then he would remain what he has always been – an almost. 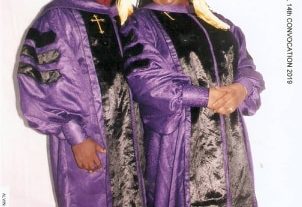 Behold, The Newest Docs In The Vineyard! 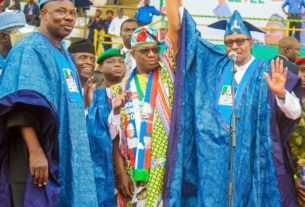