British Prime Minister Theresa May’s Brexit deal suffered a major blow ahead of a historic vote on Tuesday, when her chief attorney ruled that risks from its most contentious points remained “unchanged”.

Failure to agree could spark economic chaos if Britain crashes out of the European Union without a deal on the scheduled departure date of March 29 after 46 years in the bloc.

May had dashed off to Strasbourg on Monday for a last-gasp bid to wrest concessions from EU leaders ahead of Tuesday’s parliamentary vote on Britain’s planned split from the bloc in just 17 days.

The British leader announced after the negotiations that she had secured the “legally binding changes” to the vexing issue of the Irish border that lawmakers had long-sought.

Her initial 585-page deal with Brussels on unwinding Britain’s EU membership suffered an overwhelming defeat at the hands of MPs in January and its success or failure on Tuesday depends on the view of Brexit hardliners in parliament.

Cox wrote in a three-page conclusion that the risk of Britain ending up trapped in the bloc’s trade arrangements had been reduced by May’s last-minute deal but still remained.

“The legal risk remains unchanged” that Britain would have “no internationally lawful means of exiting the Protocol’s arrangements, save by agreement”.

The pound, which had risen after May secured the changes in Strasbourg, went into reverse and tumbled after Cox’s advice was released.

– ‘Nothing has really changed’ –

The so-called “backstop” solution for the Irish border — designed to avert sectarian violence from returning to Britain’s Northern Ireland — is opposed by more ardent Brexit backers.

They pressed May to secure the right for Britain to pull out of the arrangement or to make it time limited.

But Brussels has said it is essential for preserving the bloc’s external border after Brexit.

Some Conservative MPs said they now intended to vote against May’s deal again on Tuesday evening, while others said they had changed their mind.

“Nothing has really changed, and it is still a bad deal so unable to vote for this.”

May began her day by huddling with top team members in preparation for her final attempt in parliament to sway sceptical MP’s hearts and minds.

“Today is the day,” Downing Street quoted May as telling her cabinet. “Let’s get this done.”

European Commission chief Jean-Claude Juncker after his talks on Monday with May said: “It’s this deal or Brexit might not happen at all.

“There will be no third chance,” he said.

Britain’s main opposition Labour party confirmed Monday that it would again vote against the deal.

Another defeat on Tuesday would tee up additional votes on the way ahead.

One on Wednesday would decide whether Britain should simply leave on March 29 without any deal at all.

That option is fraught with economic dangers and is backed only by hardcore proponents of the divorce.

The “no-deal” scenario’s likely defeat would lead to a vote on Thursday on requesting a delay to Brexit from the EU.

The other 27 nations would need to back the extension unanimously and decide how long it should be. Their leaders will meet in Brussels for a summit on March 21-22.

Any postponement may have to be short-lived.

Juncker on Monday said a delay beyond European Parliament elections at the end of May would mean Britain would have to take part in the polls.

The new fixes agreed by May and Juncker were welcomed by Irish Prime Minister Leo Varadkar — a crucial player in the Brexit drama whom EU officials have long sought to appease.

“Brexit has been a dark cloud over us for many months, and particularly the threat of no deal,” Varadkar said in a statement.

“A positive vote tonight can remove that cloud and restore confidence and optimism in Britain, Ireland and across the European Union.”AFP 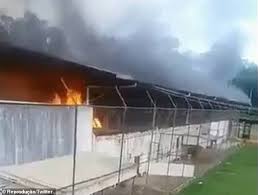 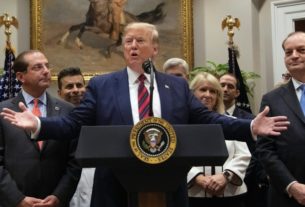 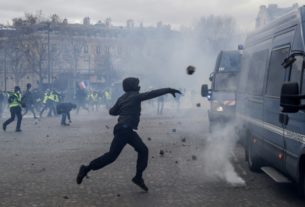