What has 2baba done again that he was publicly begging his wife to forgive him, saying that he fucked up big time? It is only time that will tell.

During the early hours of Monday, 11th February 2019, Annie Idibia made a post on her Instagram story saying that the most important lesson is learnt the hard way with an Emoji of’ hands on the face’; which might portray that she was disappointed in something.

Below her comment was a quote that says“be picky with who you invest your time in, wasted time is worse than wasted money.” 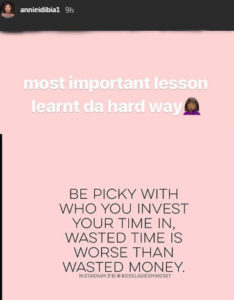 This post wasn’t meant to bring people’s or her follower’s attention’ as it could have been one of those random quotes we come across on Instagram and decide to just post/talk about it, but fortunately or unfortunately it did when her husband Innocent Idibia popularly known as 2baba, took to Twitter on Monday morning and tweeted “ I’m sorry to say that I have f*cked up so much. I have f*cked up as a role model as a father and as a husband. Annie im sorry. I know u tried your best.”, a tweet he later deleted.

In a follow-up tweet he wrote “sorry 4 disappointing anybody. I’m not asking 4 forgiveness”.

This begs the questions, What has 2baba done again? What is going on with the Idibias?

Annie has two children for 2face while he has five from the other women.

Tagged 2baba at it again Entertainment 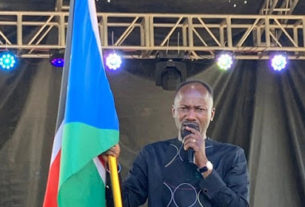 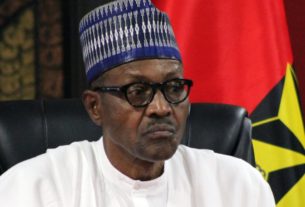 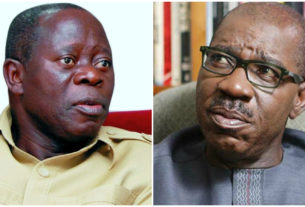 Anyone Who Does Not Want A Godfather Should Not Accept To Be A Godson – Hon. Okafor