Today, exactly, marks one year that the late legendary reggae crooner, Ras Kimono, who died on June 10, 2018, at the age of 60 was laid to rest in his hometown, Onicha-Olona, in Aniocha North Local Government Area of Delta State

The burial, held on Saturday, August 25, 2018 and witnessed by a crowd of politicians, entertainers, friends and reggae lovers all over the world who had stormed the town to pay their last respect to the reggae icon, was a carnival of sort and remains evergreen in the hearts of music lovers. 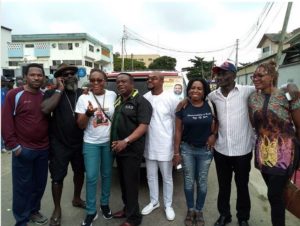 At a tribute ceremony organized by the Copyright Society of Nigeria in his honour at the time, family and friends gave their condolences, describing him as a selfless leader, adding that his life and songs positively impacted on their lives and the Nigerian music industry in general.

A musical concert was also held in his honour where prominent reggae musicians from all walks of life, including his angelic daughter, Oge Kimono wowed the audience with the best of positive vibrations

Before his demise, Ras Kimono was a social crusader and a musician of repute who sought the liberation of the Nigerian masses. He fought against oppression and dictatorship. His brand of music was unique and inspired young Nigerian artistes into music.

Alongside prominent reggae icon such as Majek Fashek, Andy Shurman, Orits Wiliki, Maxwell Udoh, Peterside, The Mandators, Isaac Black, Edna Ogholi, among others, ‘The Under Pressure’ exponent brought succour to many dejected homes and families that were facing hunger, starvation and depression.

His 1990 album, ‘What A Gwam’ was one of the weapons he deployed to fight the ruthlessness and brutality of the then Nigerian military dictator, retired General Ibrahim Babangida. And was hailed by all.

According to one of his fans, Martins Ori, Kimono defined the essence of Nigerian reggae. “His voice was electrifying, his lyrics were punchy and pungent to the dictators of that time, and the message was well received by all and sundry. He would remain evergreen in our hearts.”

Also speaking to Newstimesafrica, Franklin Enofe Efekomwan, said “Even though Ras Kimono is dead but death has not succeeded in killing him. Are we not marking one year he was laid to rest now? That is to tell you that death cannot kill him because he would continue to live in our hearts. He has contributed a lot to the music and reggae world. So he cannot be forgotten. He was a great patriot and an icon.” 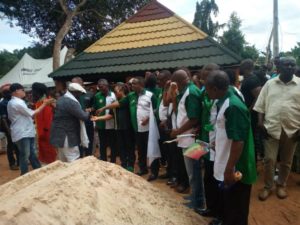 Similarly, Madam Anthonia Nwaiwu, praised Kimono for living a good life and leaving behind positive footsteps for others to follow.

According to her, the Reggae legend touched the heart and soul of people with his musical rendition and as such can never be forgotten.

The reggae icon, Oseloke Onwubuya, aka Ras Kimono, was born on May 9, 1958. And he was a native of Onicha Olona in Aniocha North Local Government Area of Delta State.

Before Ras Kimono released his solo album, he was in a group called The Jastix along with Amos McRoy Jegg and Majek Fashek. His debut album ‘Under Pressure’ shot him to limelight, followed by another hit single ‘A Rumba Style’, which held his fans spellbound in 1989 into the 90s. Thereafter he never looked back. 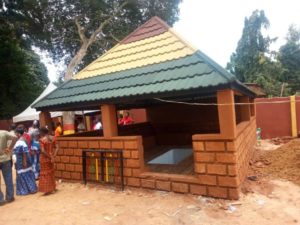 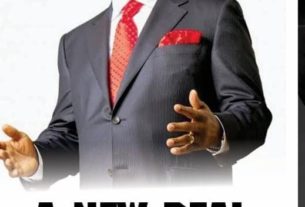 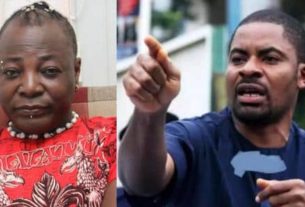 Ikeja 2019 Empowerment Day: Much Ado About Nothing