Subscribe Jungle justice: Mob lynches 26-yr-old man mistaken for thief – Newstimesafrica
A 26-year-old man has been lynched by a mob in Odo-Olowu, along Oshodi-Apapa Expressway, Lagos, over allegation of robbery raised by some miscreants.
It was gathered that the deceased, identified as Temitope Adeoye was returning home from work in the company of one of his friends identified simply as Adigwe at about 8.30p.m. on Monday.
They flagged a motorbike at Ijesha, heading for Cele Bus Stop, along the Oshodi-Apapa Expressway.
However, on reaching Odo-Olowu Bus Stop the commercial motorcyclist reportedly stopped to collect the fare from his passengers, in order to avoid being harassed by motor park louts at Cele.
It was gathered that said immediately late Adeoye alighted to allow his friend bring the money out from his pocket, a commercial bus drove to where they were and accused them of being robbers.
Explaining how his colleague was killed, Adigwe said: “Immediately, they started shouting ‘thief!’ Three of the occupants advanced towards us. Adeoye took to his heels, while I jumped back on the okada, which sped off.
“They chased Adeoye, caught up with him and hacked him to death. When we got to Cele Bus Stop, I contacted our colleagues, who were coming through same direction to look out for Adeoye.
“They advised me to report to the nearest Police station, which was at Cele Bus Stop. From there, I was directed to Ijeshatedo Police Station, where the DPO instructed that I should be detained, accusing me of robbery.
“While I was writing my statement, two of the men that attacked us came to the station. One of them had an injury he sustained during the struggle with Adeoye. The DPO who apparently suspected him, asked that he should be detained as well.
“When it was midnight, the DPO said we should all be transferred to Panti. But as we were collecting our belongings from the counter, the DPO asked one of us who owned the three phones he was with.
“When he requested to see the phones and ask them the numbers of each of them, I discovered that the phones were Adeoye’s. I immediately alerted the DPO. On further search, my late friend’s wristwatch was also found on them.”
A relative of the deceased, Yusuf Tijani, who described the deceased as an amiable person, called on the Commissioner of Police, Lagos State Police Command, CP Zubaru Muazu, to ensure that the suspects were prosecuted and their fleeing accomplices arrested, wondering why an innocent person would be killed.
Tagged Metro Mob lynches 26-yr-old man 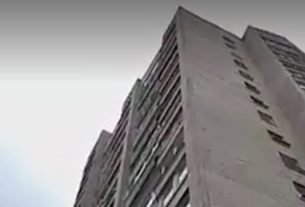 Overdose! Couple Falls From 9 Storey Building While Having Sex 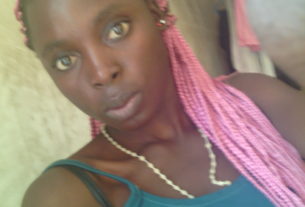 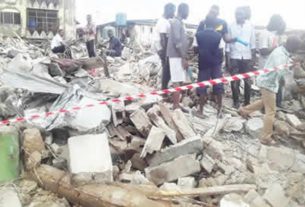