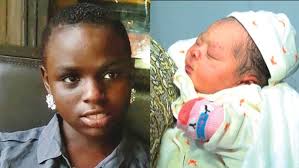 In 2015, one Yinusa Dahiru a.k.a Yinusa Yellow made the news headlines when he abducted one Ese Oruru from her mother’s shop in Yenogoa and made off with her to his base in Kano.

Ese’s mother cried out for the whole world to hear and child rights and women activists heard her loud cry as he abducted daughter was only thirteen years old. Ese was later to convert to Islam and ‘married’ her abductor without her parents’ consent.

Undeterred her parents went to court on her behalf despite the snail speed judicial system. Reprieve came their way when the court sentenced him to twenty-six years in prison.

Decent people were overjoyed at the judgement as it signaled victory against paedophiles and child abductors. There was the clinking of the glasses as it was a clear confirmation that the judiciary lived up to its name as the last hope of the common man.

Then came the shocker when Bashir Ahmad, the personal assistant on social media to President Muhammadu Buhari said that he will intervene on behalf of Dahiru to get him off the hook. He wrote it in his native Hausa language but the Google translation into English conveyed his message far and wide.

There was widespread condemnation of his action and when the heat became too much for him to bear, he recanted this morning and said he was ignorant on the details of the issue.

His recanting is rather hilarious as only Simpletons can believe what he wrote today. How can he claim ignorance of the Yinusa Dahiru and Ese Oruru matter that has been trending on all social media networks in the past five years?

For Pete’s sake he was a journalist before his political appointment. Is he now saying that he was living under the rock when the case was going on especially with the large media trials that it got? This was a case that jolted the globe especially among people that were desirous that Ese should get justice. If he had never heard of the case, then one wonders how he was appointed a presidential aide on the new media in the first place!

In a sane society, he would either have been fired by his principal or would have been forced by the public backlash to resign. Alas we are in a banana republic where anything goes. How tragic!

Issues involving the fairer sex are usually very sensitive and public office holders should conduct themselves with dignity when addressing such issues.

It is crystal clear even to the blind that Ahmad’s recanting was borne out of the fact that he couldn’t handle the backlash which had the possibility of costing him his ‘precious job.’

His earlier tweet of promising Yinusa to intervene in his case is reminiscent of how the rich and powerful in Nigeria use their clout to pervert the course of justice in the country. He displayed a high level of contempt for the rule of law and the judiciary when he opined that he was going to go through the back door to get Yinusa off the hook. This is one of the reasons why Nigeria remains so backward while other nations that we were once far better than have long moved on leaving us to bemoan our fate.

Our political appointees are supposed to be our servants and not the other way round as we are to frequently hold them to account. We have witnessed downright contempt from our leaders who behave like overlords with the 18th century swagger of feudal lords in ancient Europe.

We will not forget in a hurry when President Muhammadu Buhari called the youths of Nigeria lazy. He did that in a foreign country. How on earth would he have attracted the much needed foreign direct investment if he as the President and nation’s number one citizen had no faith in the category of the population that is the most populous! We won’t also forget that Buhari’s special assistant on the new media, Tolu Ogunlesi called Nigerians animals and raving mad when his fellow countrymen objected to his principal’s photograph with British supermodel, Naomi Campbell. Nothing happened to the pharmacist turned journalist and the nation carried on as if nothing ever happened.

The concept of servant leadership is what makes democracy beautiful and the most desirable form of government in the world. It is this concept that the citizens heckle their leaders abroad without any dire consequences. We recall that the former British Prime Minister, Margaret Thatcher was once pelted with raw eggs when she visited the northern part of the United Kingdom. Her protesters were angry that she had shifted the economy from a manufacturing one to a services one thereby making redundant the coal miners who resided in the north.

Our memory is still fresh on the man who named his dog Buhari somewhere in Ogun state and the trials that he went through in the hands of the security agencies for ‘daring to express his freedom of speech.’

We urge President Buhari to appropriately sanction Ahmad as his tweets were an insult on our collective intelligence. 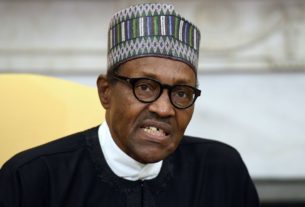 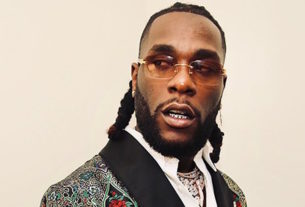 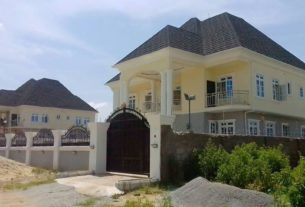