The state commissioner of police, Rabiu Ladodo, who paraded the suspect at the command headquarters in Owerri, the state capital, said that the suspect was arrested in a hotel in the state following a “discreet investigation” by his operatives.

The CP said that the suspect who had played for Shooting Stars of Oyo State was banned from playing football owing to his alleged involvement in drugs.

Ladodo said that while Samson pretends to be a Ghanaian, investigation had revealed that he is from Edo State.

The police chief alleged that the suspect had trafficked drugs in Uganda, Turkey, Ghana, Morocco, Colombia and Nigeria.

The CP said, “On September 30, upon discreet intelligence, Aidomoaki Samson, was arrested at a hotel in Nekede, Imo State. Upon interrogation, the suspect confessed that he was an ex-footballer who played for Shooting Stars club, Oyo State.

“He was barred from playing football due to drug-related offences. He is based in Benin Republic and Ghana. He pretends to be a Ghana national while investigation has revealed that he is from Edo State, Nigeria.

“He deals in hard drugs in several countries like Uganda, Turkey, Ghana, Morocco, Colombia and Nigeria.

“His accomplice, one Eric disappointed him in Nigeria hence he then started the manufacturing of fake hard drugs with the intention of defrauding people.” 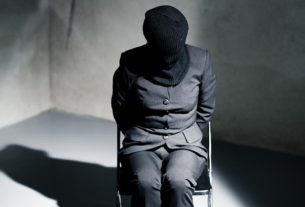 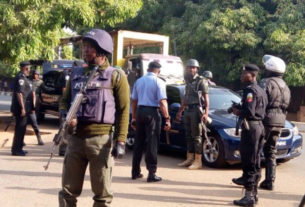 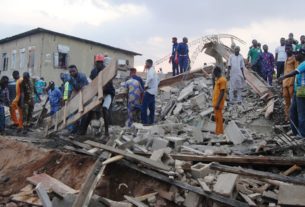 Anxiety As Three-Storey Under Construction Collapses In Enugu