Subscribe All Set For ‘Made in Heaven’ Sept 15 Premiere – Newstimesafrica 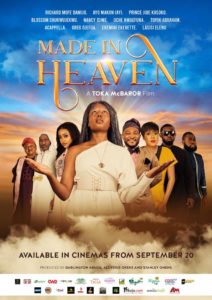 After months of intense post-production, leading film production companies Newlink Entertainment, Peekaboo Productions and Newohens Limited are set to premiere their latest movie, ‘Made in Heaven.’

The movie, which promises lots of love, drama, action, passion, fantasy and comedy will be premiered on Sunday, September 15 at the FilmHouse IMAX Cinema, Lekki.

Directed by the award-winning Toka Mcbaror, ‘Made in Heaven’ explores the interventions of the spiritual in the day to day lives.

It tells the story of Richard and Angela, two romantics who have always fallen into bad and sometimes abusive relationships.

By a twist of fate, they both died on the same night within hours of each other and meet on the hallway to judgement. Things quickly change when Angela is informed that she was being returned to her body. Richard is devastated and seeks to also return to the world. His request is refused but he tricks his way out of heaven. He is confronted by his guardian angel and given a choice; win Angela’s heart in seven days or face dire consequences. He accepts the challenge and begins his quest.

Speaking on the project, CEO of Peekaboo Global Consulting and Executive Producer, Darlington Abuda said that a lot of work was put into making the film to ensure that viewers get the best of the cinematic experience.

Abuda, who is known for the critically acclaimed 2017 movie, ‘The Accidental Spy’, said that making the movie was quite a challenge, especially considering the out-of-the-box nature of the script.

He said; “As a consortium we are always looking for ways to improve our art. And this involves putting a lot of effort into scripting, shooting with the best equipment and an array of first-rate stars. All of these come to bear in Made in Heaven. Viewers are in for an exciting treat when the film finally starts showing at the cinemas.”

He further expressed appreciation to the management of Filmone Distribution for their invaluable support in the production of the movie and the development of what he termed Nollywood 2.0.

The film was also shot with support from Nigerian makeup powerhouse, House of Tara and Intercontinental Distillers Limited. 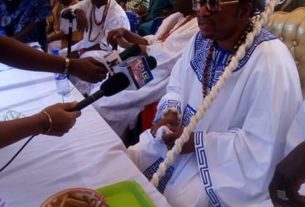 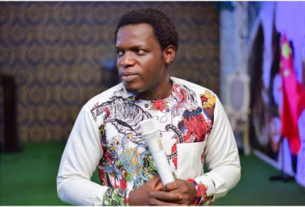 Because God Re-Elected Buhari, There Will Be A Better Nigeria –Apostle Sediq 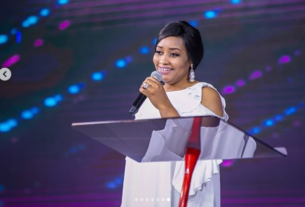 COZA: No One Can Replace You, Wife Tells Biodun Fatoyinbo