Former Nigerian Head of State, Gen. Abdulsalami Abubakar, has expressed surprise at the fast rate of development of Bayelsa and its capital, Yenagoa, under the leadership of Governor Henry Seriake Dickson.

A statement by the Special Adviser, Media Relations, Mr. Fidelis Soriwei, stated that Abdusalami, made the comment while speaking as the Chairman of the official launch of the 200 hectares New Yenagoa City project at the DSP Alamieyeseigha Banquet Hall, Yenagoa on Wednesday.

The former Head of State whose administration voluntarily handed over political power to civilians in 1999 also performed the ground breaking ceremony for the planned New Yenagoa City.

Describing Yenagoa as one of the fastest growing cities in the country, the former Head of State noted that when the project is completed, Yenagoa would be a choice destination for investors and tourists.

According to Gen. Abubakar, Governor Dickson’s vision of a new Yenagoa City is indeed a laudable one which he believes would come into fruition.

He said, “Let me start by thanking His Excellency for inviting me to this occasion. Indeed it is very delightful to come and see the work you have been doing for the last eight years.

“I was talking to my friend when we were coming here that, I can’t believe that Bayelsa and Yenagoa in particular will grow to the level I’m seeing today.

“I will like to say without any contradiction that Yenagoa is one of the fastest growing cities in Nigeria today. And I want to congratulate you and all those who have made the ground work for this city possible.

“Your vision for the New Yenagoa City is indeed a laudable one and may your vision come true. Let me on behalf of all the people who are here congratulate you and your team for your vision.

“Let me also on behalf of the former Presidents thank you for the surprise gifts of parcels of land at the waterfront of the new city. With what we have seen in the video clips, Dubai will no longer be the destination when this comes to pass, it will be the New Yenagoa City.”

Speaking also, former President of the country, Dr. Goodluck Jonathan who said the dream of building a new Yenagoa City has been on the drawing board from the creation of the state, saluted the efforts of Governor Dickson for working towards the actualization of the project.

Dr. Jonathan also noted that, if leaders of the state remain united and contribute their quota to the development of the state, the New City would be completed in no distant future.

He emphasized the need for the incoming administration to consolidate on the achievements of Governor Dickson to ensure continuity and build confidence in investors.

“Dubai was a piece of desert but today it is the world market. Yenagoa also has a lot of potential to become another Dubai.

“I have to thank you and your team for this and that is the way to go. I still believe as long as our leaders have dreams and visions it will not take us more than 25 years to get to where we want to be.

“It depends on one government taking over from the other and building on certain good projects instead of abandoning them.”

In his remarks, Governor Seriake Dickson said Bayelsa’s land is strictly for development purposes and not for Rural Grazing Area, RUGA.

Governor Dickson who assured that the allocation of plots in the new city would not be discriminatory, urged all Nigerians of goodwill irrespective of tribe to invest in the project.

According to the governor, his administration has already provided recreational facilities such as, a golf course, five star, hotel, a polo club, a choice Government Reserved Area and others in the new city.

“The area set aside for the New Yenagoa project is serene with an alluring water front, part of wich is reserved for former presidents whose activities have impacted positively on our people and state.

“The city is available for every Bayelsan and Ijaws irrespective of party affiliations and all Nigerians of goodwill. Here in Bayelsa, we don’t have land for RUGA but for development.” He said

The Governor who also issued C of Os to the state Chief Judge, Speaker and to all service commanders for their official accommodation, explained that plots are also reserved for former governors of the state.

King Alfred Diete Spiff, Executive Secretary, Nigerian Content Development and Monitoring Board, Engr. Simbi Wabote, Chairman, Board of Trustees of Ijaw Professionals Association, Maj. Gen. Paul Alaowei Toun and an Israeli investor Mr. Ayal Raz were among those who lauded the project and its potentials in their respective goodwill messages. 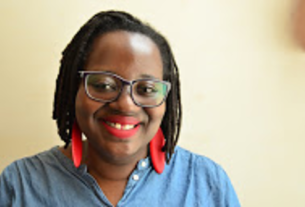 Institut Francais Holds Second Edition of ‘The Night Of Ideas’ 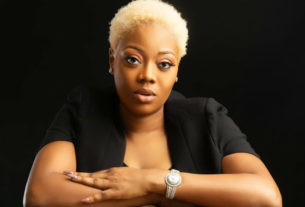 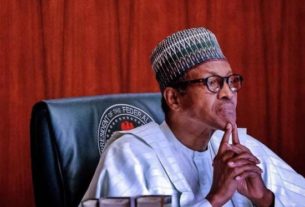 Opinion: The Northernization of Nigeria