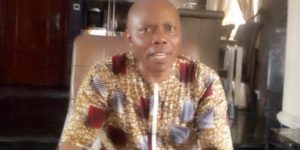 Former Deputy National Chairman of the Labour Party (LP) Honourable Callitus Uju Okafor has debunked speculations that President Muhammadu Buhari is nursing the ambition to run for a third term as President come 2023.

Okafor started by saying: “The only time in Nigeria Political history when Third Term Agenda became a topic was under the PDP reign of Former President Olusegun Obasanjo” . 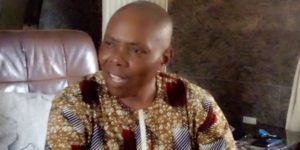 “And that Agenda was killed and buried at the upper and lower chambers of the house. Third Term Agenda is a dead agenda, and it will be practically impossible for anyone to raise it up again”

“In fact, when I heard speculations that President Muhammadu Buhari is nursing a third term agenda, I knew its PDP propaganda”. He added

“President Muhammadu Buhari is a man I respect so much, a gentleman, man of honour, integrity and I am convinced he would not want to associate himself with an agenda like the third term bid that caused chaos in Nigeria under former President Olusegun Obasanjo”.

Okafor who had kept a third eye on President Muhhammadu Buhari during his campaign for a second term in office in 2019, quoted one of PMB’s comments while soliciting vote from those in the South East to say:

While prompted to speak on the citation of the University of Transport in President Muhammadu Buhari’s home town Daura by the Minister of Transport Mr. Rotimi Amaechi, Okafor responded by saying: 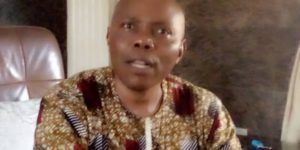 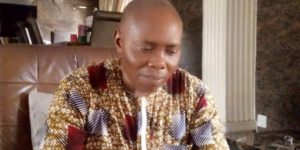 “Is Daura not part of Nigeria? if it is, then what is wrong with the Minister of Transport taking such project to Daura? . I expect Nigerians to complain if he had taken the Transport University project to Accra in Ghana or Lome in Togo”

“Since Daura is in Nigeria there is nothing wrong with citing an institution of that nature there, particularly as it will facilitate development of that area”. “Moreover, anyone who goes into power should endeavour to bring development to his place as that is what is important to his people”.

“In fact, even if Rotimi had decided to take the project to his home town in Rivers State, would anyone have also faulted it? “Of course not, Rivers is still part of Nigeria and any project that will facilitate development in any part of Nigeria should be encouraged at all level”

When confronted with the recently request made by the President to the National Assembly for an approval to borrow an additional $30 billion, Okafor who responded swiftly said: “Every Country that wants to get it right need to borrow”. “If you borrow you now invest it into infrastructure and human interest development”.

“Have you not seen what is happening in the area of Agriculture? Our local producers of rice are now been empowered to produce and that is really good for the Nigerian economy”. “On area of developing transportation are you not seeing the manner which our roads are being constructed? Take a look at the Lagos Ibadan express road for example, it has been like that since 1999 when PDP took over but you can see that there is progress in the construction and that is really good for Nigerians.

“Before anyone who enters Nigeria through the Muritala Mohammed Airport does not see good roads to ply, but now its improving and the situation is improving” These are all the places that these monies that are borrowed are going into and it is good for us”. “Even the former president , our dear Goodluck Ebele Jonathan who promised the Igbos a second Niger bridge did not lay a stone for that project, but today, we the Igbos are seeing it clearly that President Muhammadu Buhari has started that bridge  and it’s a dream coming to reality for those of us from the South-East region”. Do we need to investigate what we are seeing clearly?

Mr. Okafor who is a chieftain of one of Nigeria’s political parties in the country, has stated clearly that he is more concerned in talking about looking for another good hand in Nigeria, who will be taking over from President Muhammadu Buhari in 2023 so that the good works which he started can be handed over to another safe hand. 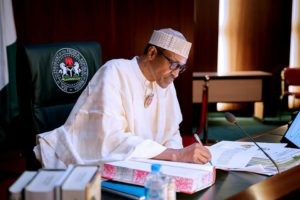 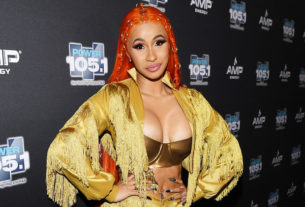