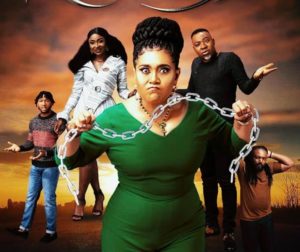 After a resoundingly successful run at the cinemas in 2019, ‘Locked,’ Charles Granville’s psychotic-thriller will be showing on Netflix to audiences all over the world.

Starring some of the best acts in Nollwood like Hilda Dokubo, Sunny Neji, Charles Granville, Belinda Effah and Abayomi Alvin amongst others, the movie tells the story of Bisola, who returns home with her fiancé, Tokunbo to break the news of their engagement only to discover that her father is missing. Her quest to unravel the reasons behind her father’s disappearance only leads to deeper and unsettling family secrets sequenced in a fast-paced and suspense-filled plot.

Adjudged one of Nollywood’s most thematically relevant film ever, for bringing to the fore the issue of mental health, considering latest statistics putting Nigeria’s mental health problem at a whopping 30% of the population, Locked, Granville’s debut as a film producer, was directed by Simon Peacemaker and written by Mazi Akinola.

Granville, a multiple-award artiste, who is also behind the upcoming and star-studded, film ’30 Pieces of Silver’ (30 POS) says the screening on Netflix is a great opportunity for Nollywood fans who were unable to watch the film during the theatrical release to do so. “As we wait for 30 Pieces of Silver, delayed by the COVID-19 pandemic, Nollywood fans all over the world, especially those who missed the theatrical release of Locked in 2019 can catch up on Netflix. People have continued to say they can’t get enough of it. We are humbled to know we made their cinema experience memorable.”

NGO Petitions UK House Of Lords, Others Over Abuse Of Africans In China