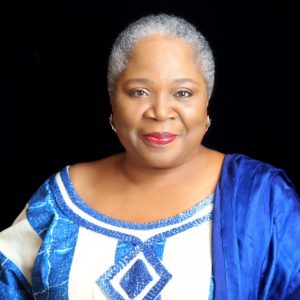 One of the events that will visibly share in the various of activities slated for October 1, Nigeria’s 60th Independence Day, will be the presentation of ‘’My Father’s Daughter’’, a memoir by legendary showbiz star, Onyeka Onwenu, which tells it all especially as it concerns her love life.

Recall that the impressive singer, actress and producer would always make an interviewer’s day on every topic but not as it affected some sensitive areas of her private and love life.

For instance, how many Nigerians knew that the ‘80s and 90s hit albums heroine was actually married to a Yoruba muslim and had two male children Tijani and Ibrahim [Abraham] who are both grown up now.

In the book which many people are anxiously waiting for following her recent mention of it, she simply bares it all to satisfy every one’s curiosity in the book

‘’I am perhaps setting the records straight for the first time. Yes, I was married to a man I fell in love with in 1984. But it has ended,’’ she reveals.

Onyeka who also talked about her life as a musician, mother, activist and politician in the autobiography, also cited how the Nigerian civil war affected her teenage life and her her family remained united all the same.

Publishers, Expand Press Limited, adds that the book dwells on the personal life of Onyeka. ‘’It’s a memoir young people and others must read. Women, especially, would learn a lot from it.’