It was indeed an atmosphere of brotherhood and love at the end of year party of Alor Development Union (ADU) Lagos branch on Sunday November 3.

Held at the Amuwo Odofin fitness club, Festac town, the mood suggested that the administration had done a good job as many turned up in their large numbers with their family.

Both the Chairman of the union, Chief Barrsiter Edwin Okechukwu Udeagwa and his vice, Honourable Chuka Ukadike were everywhere making sure that the need of all that gathered at the party were met.

Alor popular comedienne, Ada Okide of Alor London was in attendance among other top dignitaries.

Popular musician from Alor, Anyi Nwaoyoko N’ Alor was on the band stand with his team dishing out melodious songs to the delight of everyone present.

And of course, there was a lot to eat and drink. By all standards, the union keeps improving every year with their yearly shindig before the annual journey home for the yuletide.

Excited chairman who couldn’t help but was constantly adjusting his white agbada spoke about the significance of the end of the year party as well as plans for the in-coming year.

Udeagwa said: “It is a thanksgiving day. We want to thank God for gift of life. As the year is coming to an end we have to congregate and thank God as a community on individual blessings. Because we know that when individuals ae blessed, we the corporate body as Alor is blessed. We have to thank God as it is an early Christmas event as we prepare for journey home to our home town.

Next year, we want to do what I call individualism. We want to talk to people, we want to see that the welfare of members is paramount. We want to see how we can assist individuals. It is like investing in the people which in turn invests in the community. We want to create a forum where those who have challenges in their businesses are assisted by the bigger boys who will bring in resources. Those whose children have graduated would be given employment.  Once we do what I describe as human capital development, when we develop them, the community is developed.

Alor is not an exception to the global village. Alor is a microcosm of what we have in the country. The economy is not too good. Engineer Emeka Eze is doing wonderfully well and also some that are coming up are ready to receive the baton when the time comes. We are hoping that at the slightest challenge everybody will not go to Engineer Eze or Senator Chris Ngige as there are also people that can assist in that regard.”

Vice Chairman, Uzodike also added his voice thus; “The essence is about getting together and being at peace with men and God. In anything we do, if there is no peace forget it. Nigeria itself needs peace. The plan for my people is that by this time next year, my people will be going from glory to glory, from progress to progress. My town is known for the caliber of men and technocrats that are in the local, state and federal levels.”

Legal Adviser of the Union and the mother union, Chief, Sir, Barrister Mike Enendu who described himself as a major stakeholder also made his comment.

He said: “There is a large crowd that are happy. We called it a day to remember. All the artistes here are all indigenes of Alor. The comedian is from Alor. Everyone you see here are all from Alor. It goes to show that they love what is going on and are happy with us. We are going to perform very well better than this one. We mature as the day goes by. We are virtually passing through a teething problem. Though we are battling with the other people with their false propaganda and fake news. But today Alor people know what they know that this place is the place to be. Next year this party will be better packaged. This one is ok but we can do better.”

One of the dignitaries, Obi Kenneth Nwaibe said; “We thank God everything is going well. You can see the crowd. We are happy for the mass turn out. We are part of the administration and we are expecting that things will be better than the way it was and we are praying that by next year, there will a bigger peace as it is only peace that has eluded Alor people. we are praying for peace so that we can be able to do things the way we are doing it before.” 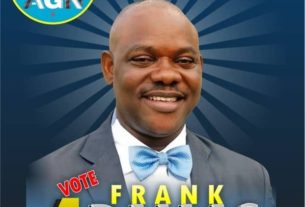 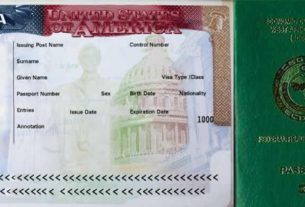 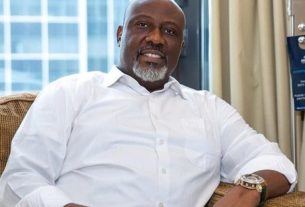