Apparently irked with the perceived racist treatment being meted on Africans across the world, the movement for zero tolerance for racism, an initiative championed by the Love Africans Organisation UK, has said the time has come for Africa to unite and fight mistreatments of Africans because African lives matter.

The group wondered why the abuse of Africans in the diaspora and at home is still on going under the watch of world leaders, warning that Africans are ready to fight for their rights anywhere in the world using all legal instruments.

President of the body, a Nigerian, Dr Martins Abhulimhen, in a statement recently, said the group is demanding the rights of Africans to be free from all maltreatment in any country even as he challenged African leaders to protect all her citizens across the world.

Abhulimhen said the objectives of the group among others are to: “Provide care and support to vulnerable Africans around the world and provide economic empowerment; to serve as a world body for the prevention and protection against Africans abuse and neglect and for the promotion, defence, and advocacy of their rights; to sensitise the public in all matters concerning welfare of Africans and neglect through various ways including public lectures, seminars, workshops, conferences, exhibitions, radio and television and through preparation and dissemination of newspapers, books and journals.”

He continued: “To establish Homes and Rehabilitation Projects to Young and Old Africans; to enhance Early Child Care for Development basically for abandoned, motherless babies born to chronically ill mothers, and neglected babies, and also make concrete arrangement to reintegrate them with Family members or care givers in the communities.” He lamented that Africans in China are being thrown out of their hotels, houses, denied transportation, access to grocery and are roaming the streets like destitutes.

In southern Italy,  Abhulimhen alleged, “Africans are engaged in slave farms. Africans are being abused in the Middle East and even in the United States. The reason is that the value of the African lives has been destroyed, diminished; part of it of course, was because of the slave trade and demonisation/colonisation by the European empires. Our African misrulers have done a good job and continuing doing a job in devaluing African lives, African essence, abuse and killings of Africans as well as having no respect and or regard for African lives.

“Are we selective in our outrage? Should we wait until they abuse Africans in China, is that when we should be outraged? If that is the case, think and ask yourself, do you really value African lives or are you outraged because they are being abused by the Chinese?”

Still seething with anger, the group’s president charged Africans to earn the deserved respect also: “We can change the narrative by starting to get rid of the misrulers in Africa who massacre Africans and devalue the lives and essence of Africans. That is where we must start from.”

On his part, the executive director, Worldwide of Love Africans Organisation UK, Prince Ojie Mark Ojie, berated African leaders who only fight with their lips with no action to back their words.

“It’s about time they showed us some respect. We are putting something on the table and therefore equal respect is expected from both sides.

“People should not be judged by the colour of their skins but their actions and thoughts. When foreigners come to Africa to take our natural resources, they are not humiliated. We are not begging, we are demanding respect for each other’s status,” he submitted. 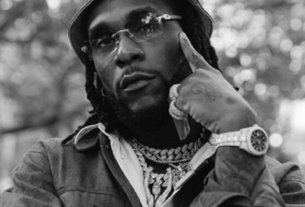 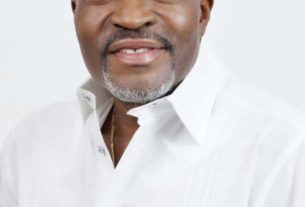 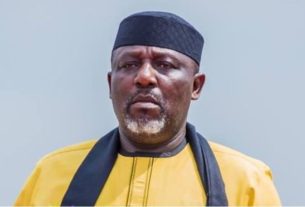