It was a moment of sweet-painful tears as the National Executive Council (NEC) of Imo State University Alumni gathered at the Richcrest Hotel in Enugu on Saturday November 14, 2020 to elect Barr. Okey Ozumba as the President of the association. 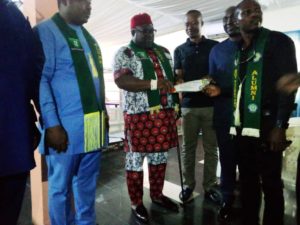 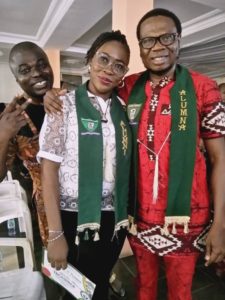 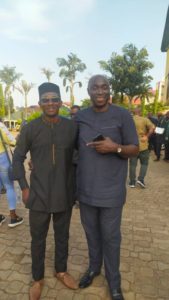 Prior to the election, it had been expected that there was going to be contest between Barr Okey Ozumba of the Rivers State Chapter and Mr. Charles Nwosu popularly known as “Porpor” of the Abuja chapter.

However, things turned around when Mr. Charles was invited to deliver his manifestoes but instead delivered an emotional speech that led to his stepping down for Barr Okey whom he described as “a trustworthy friend and passionate alumnus who will definitely drive the laudable visions he has for the Association forward.”

Porpor in his emotional speech stated “We share the same philosophies of what an Aumni should look like”, “And I do not think my political ambition is worth the blood of any Imo Star”, “I will step down (tearfully) and I am sure that the long-term peace which we all clamoured for will reign”.

Though it was difficult for ‘Porpor’ to hold back tears while making the speech that made him step down, but it was even more difficult for delegates who witnessed this not to shed tears too. Those who could not hold back tears allowed it flow freely with Porpor receiving hugs and congrats for his show of high statesmanship. 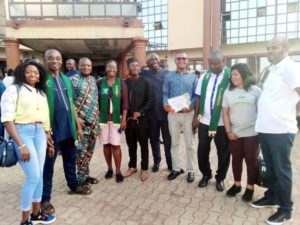 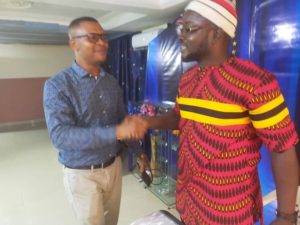 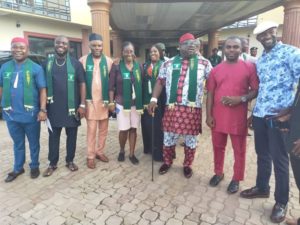 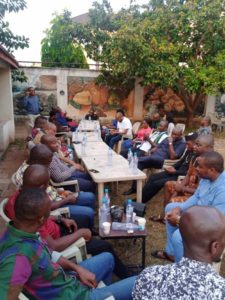 The decision of Mr. Charles Nwosu (‘Porpor) to step down in an election that saw 54 delegates not get involved in politicking also caught the attention of the new president Barr Okey Ozumba.

The legal luminary who is to pilot the affairs of IMSUAA for the next two years felt “Porpor” deserves to get a monumental recognition for his show of statesmanship and value for the peace which the association have been struggling in recent times to restore. 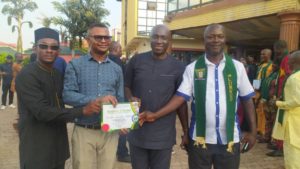 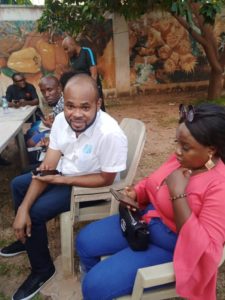 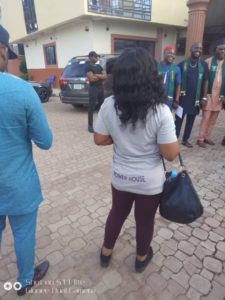 Addressing delegates and all present during his speech, Barr Okey Ozumba said “I think the one who won today is my friend and only contestant Charles Nwosu A.K.A Porpor who stepped down and allowed me be sworn-in as the next President without much struggle”.

“Henceforth, all nights leading to NEC elections will be recognized as “Porpor Night”, as a mark of honour for this noble act of Charles Nwosu (Porpor) today”.  “Tonight, we shall witness the first edition of the Porpor Night, and everyone will have to go back to their hotels to freshen up and come back to Tuscana where the celebration will now continue”.

In the bid to give the newly sanctioned Porpor Night a worthy celebration which it deserves, the Rivers State Chapter also known as Spectacular Chapter stole the show, and immediately promised to sponsor the dinner. 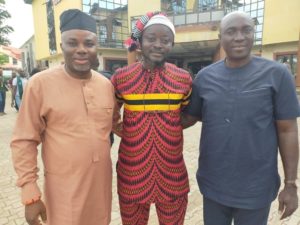 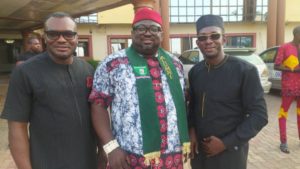 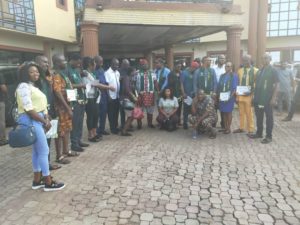 This writer who was on ground at the Richcrest Hotel in Enugu can authoritatively state that Barr. Okey Ozumba who was elected to steer the affairs of the Alumni for another two years will “Never Work Alone”.

He will be working with a star-studded team in his executives which captured representation from over 75% of the total chapters in the entire registered chapters.  DSP Crespo Epuzoagu, a senior police officer from the Abia Chapter who once jokingly described himself as ‘global chairman’ is the new vice President while Scientist Samuel Nwokeji from the Imo State Chapter becomes the National Secretary of the Association. Also to assist him in the Secretariat is Francis Ndimkoha a media practitioner in the capacity of Asst. Secretary. 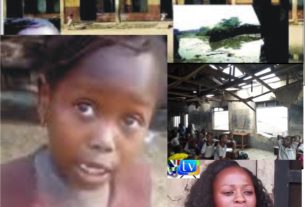 The Amazing Success of Miss Success 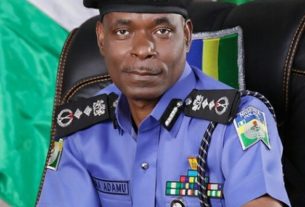