Scores of Nigerians have been arrested in U.S. by the Federal Bureau of Intelligence (FBI) in a major conspiracy to steal millions of dollars through fraud schemes and launder the money through a Los Angeles-based network.

Okeke, named by Forbes in 2016 as one of the world’s 30 Entrepreneurs under the age of 30 to watch, was accused of milking a branch of U.S. owned Caterpillar subsidiary in the UK of $11.5m, among other fraudulent acts committed.

Authorities in the U.S. said on Thursday that 80 people have so far been indicted in the case which is believed to be the largest in U.S. history.

Victims were targeted in the U.S. and around the world, and some lost hundreds of thousands of dollars.

Six other defendants are believed to be fugitives in the U.S. and the others are abroad, mostly in Nigeria. Authorities said they hope to extradite them.

The investigation began in 2016 with one victim and a single bank account, said Paul Delacourt, assistant director in charge of the FBI’s Los Angeles office.

Among the people arrested are Valentine Iro, 31, of Carson, and Chukwudi Christogunus Igbokwe, 38, of Gardena, both Nigerian citizens.

Others are: Jerry Ikogho, 50, of Carson (who was taken into custody on Sunday), and Adegoke Moses Ogungbe, 34, of Fontana, who were indicted as illicit money exchangers for the conspiracy.

Ogungbe and Mansbangura were also among those arrested this morning, and Umejesi is a fugitive currently being sought by authorities.

The FBI statement also stated that Iro, Igbokwe and Chuks Eroha, 39, face additional charges for attempting to destroy their phones when the FBI executed a search warrant in July 2017.

Iro also is charged with lying to the FBI in an interview conducted during the search.

The complaint alleges that, when the FBI arrived to conduct the court-authorized search at Iro’s apartment in Carson, Iro broke his phone in half, while Igbokwe and Eroha threw phones from a bedroom window of the apartment.

While Iro claimed he previously had broken the phone during an argument with his wife, the complaint details how the FBI was able to determine that the phone was operational until seconds after the FBI knocked on Iro’s apartment door to execute the search warrant.

Eroha is believed to have fled to Nigeria shortly after the FBI executed the warrant.

Read FBI’s full statements below on its twitter handle @FBILosAngeles: 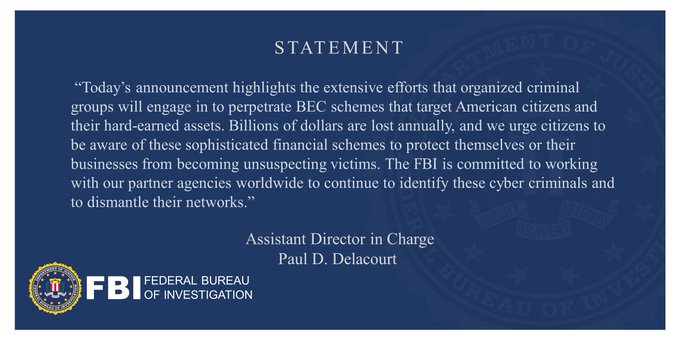 In case you missed it.

Just few days after the arrest of Invictus Obi, the FBI arraigned 80 Nigerians in connection to what they described as the “largest fraud” in US history! 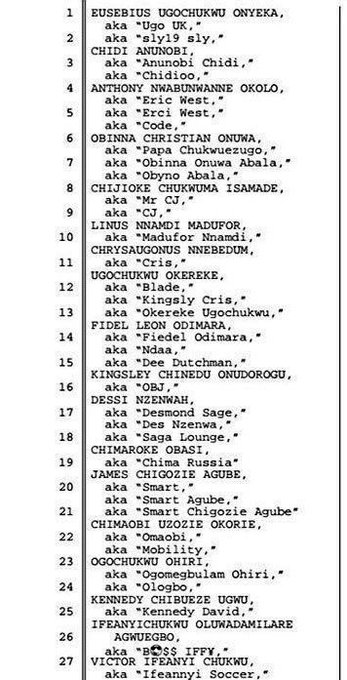 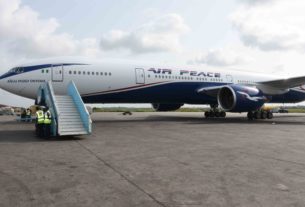 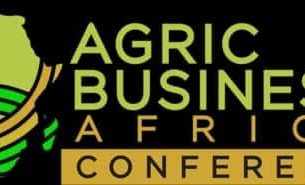 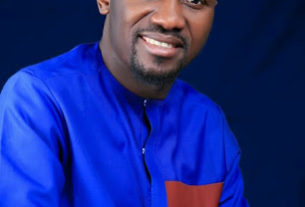 Qualities Behind My Success –Apostle Suleman