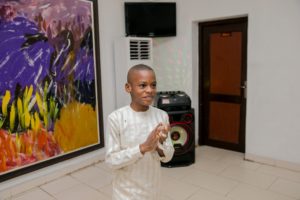 This year, the month of November came with an exciting line up of activities in the world of arts and Nigeria, Lagos specifically, was not left out of this excitement.

Amongst the top rated art shows hosted in the country was the artx exhibition sponsored by Access bank with venue at the Federal Palace Hotel Victoria Island Lagos. Art works from all over Africa were on exhibition and of course this drew a large attendance of art aficionados and lovers from all over the world wanting to savour a piece if not a whole lot of what was on display.

At the same time, a short distance from the Federal Palace Hotels, Terra Kulture gallery, creation of the renowned Bolanle Austeen Petres and home to rich African Art and drama, was hosting an exhibition of what could be considered, one of the most fascinating pieces of art works commissioned by any artiste, not just in Africa but beyond, the name of this artiste ? Kanyeyachukwu Tagbo-Okeke,
how old is he? Just turned Ten (10).

Titled; ‘Impossibility Is A Myth’ award winning abstract artiste Kanyeyachukwu, broke open day sales figures and made history with the hosting of this solo exhibition which had on display 44 works of his, done over a period of five years.

History was made I say because, not only is he at so tender an age, but he’s also a special needs child living with autism.

Every great artiste has a story and Kanyeyachukwu’s story is nothing short of remarkable.

Diagnosed at age four ( 4) with autism, started painting at age (5), awarded the prestigious “flame of peace”, by the Arch Duke and Arch Duchess of Austria at age 8, and then this. 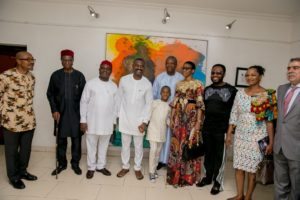 it can be said to have been a very good year for this young prodigy.
Hosting two exhibitions this year, in Abuja and Lagos as well as having his art grace the venues of several exhibitions home and abroad.

Then just when it seemed that things couldn’t get any more exciting, like a sign of authenticity, he emerged after a careful selection process,
indommie hero of the year 2019, in the social category of the awards.

Kanyeyachukwu, is one child who has continued to use the bright and sometimes deep colors in his art, to communicate with the world as he sees it, and ultimately express himself.

“Impossibility Is A Myth” which was curated by Chief Kingsley Okafor, National President Of Professional Creative Artists in Nigeria was a composition of his thoughts and boy was it a successful outing.

Under the chairmanship of Dr and Mrs. Ernest and Nnenna Azudialo-Obiejesi, CEO NESTOIL, this vernissage of Kanyeyachukwus exhibition pulled in art enthusiasts and afficionadoes from all works of life including the entertainment industry, the diplomatic corp, representatives of the Lagos state Governors office, amongst others.

Maverick music maker and daughter of Billionaire Business magnate Femi Otedola, DJ Cuppy was one of the first callers to the exhibition and she also commissioned one of his master pieces.

More works were commissioned on sight, by other notable faces that graced the event. Everyone wanted to take something home. 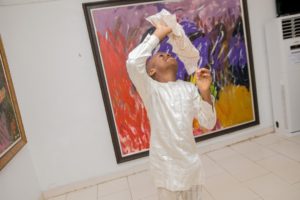 Speaking at the event, the Chairman of the occassion, Dr Azudialo, was full of praises for the young artiste. Hailing his ability to surmount so many challenges and produce such works, he also commended the parents of the artiste, Mr and Mrs Tagbo and Silvia Okeke, for nurturing and paying special attention to him against all glaring odds. He bought one of the master pieces on display and (in fact the most expensive), and pledged to work with the Kanyeyachukwu Autism Society, a non-profit being managed by his parents and concerned with establishing an enhanced system of diagnosing and caring for autistics in Nigeria.

Other notable collectors present included ageless beauty, Chief Mrs. Mabel Obi,
Chief Alexander Okafor, CEO Chicason Group, former power minister , Prof Barth Nnaji and his wife,
The Ambassador of Pakistan to Nigeria Rt Gen Kingravi and his wife,
Mrs. Maryam Peters, wife of the CEO of AETEO Group, who happened to be one of the sponsors of the event, representatives of Dufil Foods, makers of the popular Indomie noodles of which Kanyeyachukwu is their ambassador, representatives of the Pakistan community in Lagos, family and friends.

With this exhibition, the artiste Kanyeyachukwu, has further cemented his existence as a force in the art world and an influential advocate, through his art, speaking for children with special needs all over the world.

His previous exhibition titled F.A.T , an acronym which stands for Fabulous Autistic Talented, and in which he showcased his art and that of other gifted children during the annual World Autism Day in Abuja was also a success as a huge crowd was there to witness the event which included an advocacy session and performances by the kids.

Recently turned ten, it is obvious that as they say, only the best, is yet to come for this young and super talented artiste and moving forward, he remains the artiste to watch. 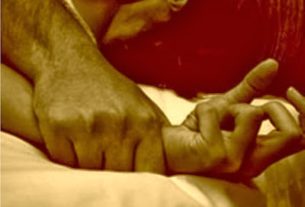 GOTV: Why The Rip-Off Lingers 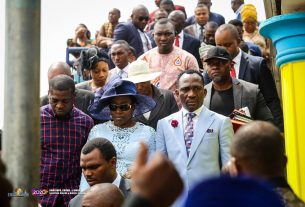