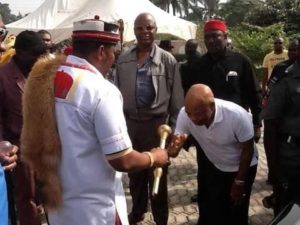 Governor Willie Obiano of Anambra State has been called upon to tamper justice with mercy and lift the suspension on the Igwe of Alor, Igwe Elibe Okonkwo as well as rein-in on some unscrupulous elements bent on subverting the will of the people and the rule of law.

According to Udochukwu, the gathering debunked the rumour making the rounds that Ndi Alor has not in any way rejected their Igwe as it accused some people including one of their illustrious sons that that Igwe was imposed by the administration of Peter Obi and Willy Obiano.

Udochukwu said:  “Ladies and Gentlemen of the Press we welcome you all to this all important press briefing where we intend to set the records straight on some of the events of the last few weeks as it concerns the Abuja trip by some Anambra traditional rulers and their eventual suspension by the state government especially as it concerns Alor Kingdom.

“We in the convention is not and cannot be in support of any act of lawlessness, disrespect or disobedience against the state government by anyone no matter their status in the state or society hence our insistence that our Igwe HRM IGWE M.C. ELIBE OKONKWO, EZEDIROMMA III OF ALOR KINGDOM should apologise to the governor for leaving the state without prior information to him which he, the Igwe did without hesitation as a humble, law abiding and peace loving man even though it is almost like a taboo for an IGWE to apologise to anyone in Igboland.

“Today we are here to also plead with our Governor, His Excellency Chief Dr. Willy Obiano to tamper justice with mercy and lift the suspension on our IGWE because to err is human but to forgive is divine especially as he had humbly apologised.”

Continuing, Udochukwu who also an activist says: “With this gathering today we are letting the governor and the general public to know that indeed Ndi-Alor have not in any way rejected their IGWE as some people who are opportunistic in nature in our town wanted to capitalize on the opportunity created by the unfortunate incident to deceive, hoodwink and if possible manipulate the system to favour their selfish interests and that will bring us to the press statement credited to one of our illustrious sons the honorable minister of Labour and Employment Dr. Chris Ngige where he deceptively stated that IGWE OKONKWO was imposed on Ndi-Alor by the administration of Peter Obi and Willy Obiano, which is a lie from the pit of hell because Igwe Okonkwo’s emergence came through an election and procedures supported by the generality of Umu-Alor including Dr. Ngige of which he Ngige rejected when he discovered that his preferred candidate lost to Igwe Okonkwo, he went to court and lost but yet refused to give up and acknowledge that all powers belong to God Almighty.

“If actually there was any imposition in ALOR today it is done by Dr. Ngige who since 2019 has been trying to impose on Ndi-Alor a social club they registered at CAC as the authentic government of the town without recourse to the rule of law guiding the town union institutions in Anambra State and in total disregard, disrespect and disobedience to the Executive Governor of the State, these group of people led by a well known ex-convict  and ably  guided and goaded by Ngige aside from forming a parallel government have been making Alor, a once peaceful town to be in perpetual crisis and ungovernable as they always go about intimidating Ndi-Alor with their thugs and countering every directives from the state government either by their actions or inactions.

“Moreover as far as the democratic culture of Ndigbo is concerned Dr. Ngige is not in a position to speak for Ndi-Alor because him and his group are just an insignificant few, his woeful performance in the last presidential and other previous elections in Alor and at the local government level where he lost even his own polling booth lays much credence to this well known facts.

We therefore urge the state governor as the Executive Governor of the state and who is fully aware of their activities to rise up to the occasion and reign in on these renegades and make them respect the law and his office because no one is above the law and it is an abomination for two captains to be in a ship.

Thanks for your time and thanks for coming as invited. 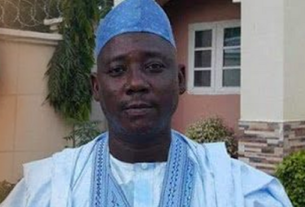 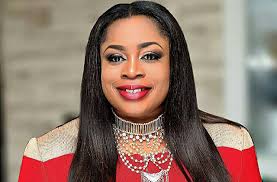