Our attention has been drawn to a recent news making rounds in some sections of the media about a court ruling by Federal High Court in Abuja granting an application by Mojisola Owoseni of Lexavier Partners, legal practitioners, legal counsel to AMCON in suit number FHC/ABJ/CS/945/19 against Dr. ABC Orjiako, Shebah Exploration & Production Company Limited and Allenne Limited to take over assets allegedly belonging to the Chairman of SEPLAT Petroleum Development Company, Dr Bryant Orjiako, these assets are Shebah Exploration & Production Company Limited and Allenne Limited. The Ex-Parte order by the court also directed that AMCON takes over properties allegedly belonging to Dr. Orjiako in Parkview Estate, Ikoyi, Lagos, and Maryland in the United States as well as London, United Kingdom and preventing all further withdrawals of funds and other debit transactions from accounts in 29 banks that Mr Orjiako and his affiliates operate.

In law, it is inappropriate to comment publicly on cases or matters that is under trial or being considered by a court which can be an offense in itself, leading to contempt of court proceedings. In this case we might as well allow this pass to prevent subjudice until the final court proceeding from a competent court of jurisdiction but as a matter of fact and urgency, we will like to set the records straight in order to change the narratives out there and counter the campaign of calumny targeted at Dr. ABC Orjiako for no just reason and obviously according to our findings, there were misrepresentations in the application for the interim orders as well as in some section of the media about this reports which could be misleading.

Reportedly and according to facts made available by reliable sources, in 2012, Shebah Exploration and Production company limited obtained a $150m loan facility from a consortium of banks which are African Export-Import Bank (AFREXIM) Diamond bank – now Access bank , Skye bank now Polaris bank, these consortium is led by AFREXIM. The loan facility was meant for work over and drilling campaign at the Ukpokiti field (OML108) operated by Shebah Exploration and Production company limited. Shebah drilled a successful horizontal well, the first of its kind in the offshore Niger Delta and tested 4000 barrels per day of oil and condensate production but encountered large gas reserves. The company decided to find a solution to the huge associated gas based on professional oil field best practices before continuation of the oil/ condensate production. The company however required more funds to commercialize the gas to avoid excessive flaring while producing the discovered oil. The AFREXIM led consortium of lenders, could not provide further facilities to Shebah to conclude the operations and In 2014, Shebah approached Zenith Bank , which appraised the situation and provided a $200million loan facility fully approved by its board to salvage the situation. Zenith bank proposed to pay the consortium of banks $50m to reduce their collective exposure, enhance the facility to $300m, provide Shebah with additional funds to monetize the gas and produce the discovered oil. The enhanced facility would have had Zenith bank join and lead the syndicate with $200m, while the consortium of existing lenders would have reduced their exposure and stay at $100m.

Zenith bank further requested in line with Shebah’s needs to have a suspension period of 9 months to conclude the projects and extend the facility tenure to 5 years. This was meant to spread the cash flow and enable easy repayment of the enhanced facility. However, the AFREXIM consortium rejected the $50m offered by Zenith bank on the grounds that Zenith bank should not lead the syndicate and they were not willing to extend the tenure of the facility which was remaining about two and half years as at the time of Zenith bank’s offer.

The AFREXIM consortium rejected all the efforts being made by Shebah and proceeded to file an action to call off the facility in 2014( just two years after final draw down). The call off of facilty ahead of the maturity triggered the default on the loan.

In 2016, a High Court of Justice Queen’s Bench Division in London delivered a judgement which was also upheld by the Supreme Court of the United Kingdom, in favor of the AFREXIM consortium directing Shebah Exploration & Production Company Ltd and Allenne Ltd to pay African Export-Import Bank AFREXIM, Diamond Bank Plc and Skye Bank Plc a sum of $144.2 million being the outstanding and accrued interest of a loan facility granted to the defendants in 2011. The judgement creditors then registered the judgement in Federal High Court in Lagos and applied for enforcement of the judgement. The defendants, immediately opposed the registration and the enforcement of the judgement based on their convictions on rule of law and on the fact that they would like to negotiate “an out of court settlement” and pay back the loan under a restructured arrangement. This case is still pending before a Federal High Court In Lagos and the next hearing date is in October, 2019.

However, Contrary to the Syndication agreement by the AFREXIM consortium, Polaris bank unilaterally transferred its share of the judgement facility to Assets Management Corporation of Nigeria (AMCON) AMCON. Not withstanding the unilateral action by Polaris bank, AMCON should have joined the existing court case in the Federal High Court Lagos but instead it initiated a fresh action in Federal High Court Abuja, not minding that the same case had already got a ruling in London and subject to a contested enforcement proceedings in the Federal High Court Lagos. It is by the fresh case that AMCON obtained the Ex-Parte order which was reported recently in some section of the media.

Following the aforementioned, one may ask, what is Dr. ABC Orjiako’s involvement in all these? Dr Orjiako was the third defendant in the suit and the personal loan guarantor of the liabilities of Shebah and Allenne pursuant to a deed of guarantee and indemnity in 2011 and as the loan guarantor, Dr. Orjiako had provided about $68Million to Shebah to pay the AFREXIM consortium geared towards the repayment efforts. And to be a guarantor to such loan facility speaks volume of the kind of man Dr. Orjiako is in the Society. Dr. Orjiako Who co-founded Seplat in 2009 has developed extensive experience in the Nigerian oil and gas sector, having established and managed various companies in the upstream, downstream, and oil services sectors over the years is a respected entrepreneur and has received numerous awards and recognitions for his service to humanity and his entrepreneurial achievements. Under his leadership In Seplat , the company has become a highly reputable Nigerian Independent oil and gas company recording several milestones and successfully closing landmark acquisitions, growing the company’s oil and gas production exponentially and becoming a well-run company with strong and transparent governance. He has steered the Seplat company, in the space of five years, to steadily emerge a global brand while attaining its remarkable growth aspirations. Under his watch, the company pioneered dual listing of its shares on the Nigerian and London stock exchanges in 2014. In recognition of the company’s achievements, SEPLAT recently won the Best Africa listing 2014 award by Africa Investors (Ai), “Mid-Cap Company of The Year 2014” award by the Oil and Gas Council and was named a “Global Growth Company 2014” by the World Economic Forum in 2014.

However, we are also worried that Dr. ABC Orjiako and by extension Seplat are being misrepresented in this whole case, because truth be told as a personal guarantor to the loan, Dr. ABC Orjiako has not at anytime or anywhere said the loan will not be paid by Shebah exploration and production company limited or Allenne limited. According to findings, some properties which are not in any way linked to Dr. Orjiako or Seplat were also listed to be taken over by AMCON which leaves us in doubt as to whether the issue at hand is being perpetrated or orchestrated by forces of darkness. It is also pertinent to note that in all these, SEPLAT petroleum development company which Dr. ABC Orjiako is a co-founder and Chairman has no involvement in the whole loan issue in any way from inception and one wonders why some section of the media has gone ahead to report otherwise which also points us to the direction that this whole case is just a smear campaign and why this critical period when Seplat is making a serious impact in the oil and gas sector of the country. The SEPLAT board of directors being very strong in corporate governance had activated all governance and compliance processes and procedures to ensure that there are no breaches of any aspect of regulatory compliance or its governance policies. It could be recalled that just few days ago the company at a meeting with the New Government In Imo state at the government house in owerri disclosed its plans to commence the construction of a $700 million dollars gas processing plant in the oil producing local government area of Ohaji Egbema in Imo state to boost the economy of the state, and obviously the trickle effect of this project on the Nation’s economy most especially the Niger delta region can not be overemphasized.

It is also worthy to note that in our findings, there was no court appearance by the defense counsel which is Shebah exploration and production company limited and Allenne limited as it was just an interim order obtained by AMCON which is within the establishment’s power, however as law abiding citizens and company being a regulated entity we will await the full determination of the case and will continue be guided accordingly whenever the cases in court are finalized. Even though we are aware that there’s an ongoing discussion by all the parties involved To explore “an out of court settlement” and pay back the loan under a restructured arrangement.”

While we await the full determination of the judicial processes or the outcome of out of court settlement, the public should be guided accordingly especially the media or those who want to be used as tools for destruction. 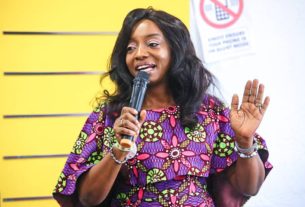 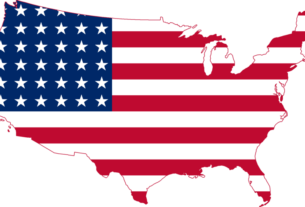 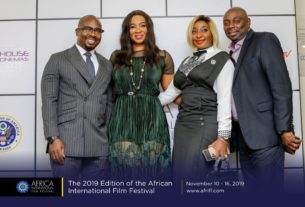