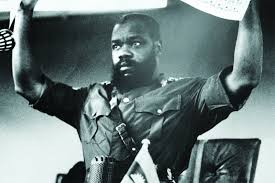 January 15 which is in two days time will mark the 50th year anniversary of the Nigerian civil war which was fought between the Nigerian Federal Government and the secessionist Biafran side led by Lt-Col. Chukwuemeka Odumegwu-Ojukwu. The war was a very bloody one as about three million people lost their lives. The images of starving children which was beamed all over the world left a heart wrenching image in the mind of Steve Jobs that he vowed never to be a Christian again as he questioned the logic of a good God who allowed his creatures to suffer in the most horrifying manner.

The subject of this war is a very controversial one as it brings back tragic memories and tears from even the stone hearted. There have been different accounts about the war as a copious number of books have been written on the subject.

The remote cause of the war was the first military coup in the country which occurred on January 15, 1966 spearheaded by Major Chukwuma Kaduna Nzeogwu of the famous five majors. The then Premier of the Northern Region, Alhaji (Sir) Ahmadu Bello was murdered in cold blood in his residence. The likes of Alhaji (Sir) Abubakar Tafawa Balewa, the then Prime Minister, Chief Samuel Ladoke Akintola, the Premier of the Western region, Chief Festus Okotie-Eboh, the finance minister were killed in the most gruesome manner. Some top military officers were also sent to meet their creator on that fateful day. Brigadier-General Samuel Adesujo Ademulegun, the Commander of the first Brigade in Kaduna was killed alongside his pregnant wife, his deputy Colonel Shodeinde was also murdered. Brigadier-General Zakari Maimalari, the most senior northerner in the armed forces was killed in Lagos. The only Igbo who lost his life was the then Quarter-Master General, Lt-Col Arthur Chinyelu Unegbe who was dispatched to his ancestors because he refused to hand over the keys of the armoury to the coup plotters.

With the exception of Major Wale Ademoyega, the rest of the coup plotters were Igbos which made it to be tagged as an Igbo coup. This made anti-Igbo sentiments very high especially in the north as they lost their two major leaders in the persons of Bello and Balewa and many of the top brass of their military officers.

When Major-General Thomas Johnson Umunnakwe Aguiyi-Ironsi came to power, many Nigerians especially the northerners expected him to decisively punish the coup plotters for their heinous crimes. He didn’t do much and he further provoked Nigerians by making the nation a unitary one. There was the fear of Igbo domination as they commanded high heights in the army.

These fears led to the counter coup on July 29, 1966 when Ironsi and the then military governor of the western region, Lt-Col Francis Adekunle Fajuyi were killed. The coup was said to have been masterminded by the then Captain Theophilus Yakubu Danjuma.

The pogroms in the north began and the then Military Governor of Eastern Nigeria, Lt-Col Chukwuemeka Odumegwu-Ojukwu asked all Igbos living in the north to return home and he could no longer guarantee their safety there.

There was the personality and ego clash between Ojukwu and Gowon. The former said that the military hierarchy should be respected as Babafemi Ogundipe was the most senior military officer and as such should have been the Head of State and not Gowon. He therefore wouldn’t recognize him as his boss. Things came to a head and the then Ghanaian Military Head of State, General Joseph Ankrah invited both men to Aburi, Ghana for a peace meeting. In that historic meeting, Ojukwu canvassed that the best form of government for the country was a Confederation which Gowon agreed to while there. When they returned home, Gowon changed his mind and broke up the four regions into twelve states to weaken the powers of Ojukwu. This didn’t deter the son of Nigeria’s former wealthiest men from declaring a Sovereign state of Biafra which led to the brutal thirty months war.

Ojukwu disappointed many of those who believed in his cause as he left them in the lurch when he and his family ran into exile in Cote d’ivoire leaving the rank and file who viewed him as a demi god to their fate.

The war was prosecuted without a single borrowing due to the sagacity of the then Federal Commissioner and Vice-Chairman of the Federal Executive Council, Chief Obafemi Awolowo. He was quoted to have said that ‘starvation is a legitimate weapon of warfare.’ There were blockades which prevented food and essential supplies from entering the east.

The war ended with a ‘No victors, no vanquished’ slogan by Gowon but it was all on paper as only 20 pounds was given to them irrespective of the amount that they had in the bank.

They are the loudest voice in the cry for secession through the formation of the Movement for the Actualization for the Sovereign State of Biafra (MASSOB) led by Ralph Uwazurike and the Independent People of Biafra (IPOB) led by Nnamdi Kanu. The tribe lost out in the military and civil service and they only had commerce to take refuge in. There is hardly any government presence in the state as their roads is one of the worst in the country. Their cry is legitimate as they are agitating for a better deal from the government.

The Igbo Presidency is the current hot potato which is dominating the discourse as the nation marches towards the 2023 elections. There is an unwritten rule of power rotation between the north and the south. The south west and south south have produced Presidents and so in the interest of justice and fair play, the south east should be supported to have a son or daughter of theirs to sit in Aso Rock. They have never produced a civilian President and so it is high time they are backed by the other zones to power.

Dr. Nnamdi Azikiwe, a proud son of theirs was a key proponent for a One Nigeria. He ensured that the secession clause wasn’t inserted in the 1960 Independence Constitution and gave up his ambition to be the nation’s first Prime Minister for peace to reign. Also during the civil war, he later defected to the Nigerian side where he still preached his never changing gospel of a One Nigeria.

Anything short of this will see their agitations spiral out of control which will be highly detrimental to national interest. 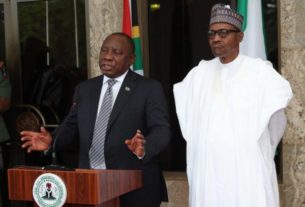 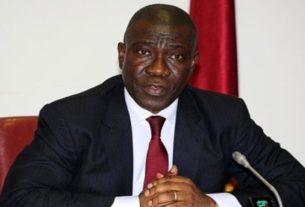 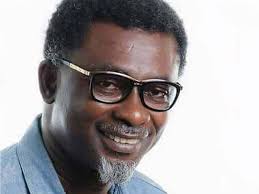