Boko Haram literarily translated into ‘Western education is a sin’ was founded by the late Mohammed Yusuf in Maiduguri, the capital of Borno state in North Eastern Nigeria in 2002. He established a religious arm of it which greatly attracted many poor Muslim families from in and around Nigeria. The original name of the group is Jamāʿat Ahl al-Sunnah li-l-Daʿawah wa al-Jihād (often translated as “Association of the People of the Sunnah for Preaching and Jihad” or “People Committed to the Prophet’s Teaching for Propagation and Jihad.”

Boko Haram came into national limelight in July 2009 when they carried out coordinated attacks against some government installations and police posts. The police responded with brutality in collaboration with the Joint Military Task Force which left about seven hundred of the sect members dead. Mohammed Yusuf was taken into police custody shortly after and he was allegedly murdered by the police while there. Baba Fugu Mohammed, his father-in-law who turned himself in for police questioning was also killed.

Yusuf’s death led to inactivity for a year and the group assumed a more violent tone in 2010 when his deputy, Abubakar Shekau took over from where his boss stopped and vowed to avenge his death. They have killed hundreds of thousands of Nigerians since then and have expanded their coast by also engaging in abductions for ransoms most notably that of the kidnapping of about 234 girls of the Government Girls Secondary School Chibok in 2014 and about 110 Government Girls Science and Technical  School girls for which they claim responsibility. They are known to be involved in the forced conversions of Christians in their bid to create a nationwide Islamic State. The case of Leah Sharibu, a Christian who still remains in their custody because she refused to convert to Islam comes readily to mind.

The governments seem overwhelmed by the apparent superior firepower of the insurgents as they have deployed various counterterrorism strategies to defeat them but their efforts seem to end up in a fiasco.

Security analysts will never forget the attempt by the erstwhile President Goodluck Ebele Jonathan to purchase arms to battle the insurgents during the Presidency of Barack Obama. The latter declined his request citing Leahy’s law – the law sponsored by US Senator Patrick Leahy which forbade the US from selling arms to countries whose armies were involved in gross human rights violations.

Jonathan also tried to use a non military approach to tackle the challenge headlong. He diagnosed one of the attractions for the radicalization of young northerners was poverty and lack of education which saw many of them become street beggars popularly called almajiris. Many of these almajiris were lured into the boko haram sect with the promise of numerous virgins in the afterlife. Since they clearly had nothing to live for, they joined the deadly group lock, stock and barrel with many of them ending up as suicide bombers inflicting unbearable pain on many Nigerians. Jonathan built about 165 almajiri schools and was able to get some of these boys into them. Tragically, these schools were abandoned when he lost the 2015 general elections – a clear indictment on our public policy discontinuity where sturdy institutions are jettisoned in favour of strong men.

In 2015, President Muhammadu Buhari’s campaign was focused on bringing an immediate end to the insurgency. He regaled the electorate of his antecedents as a fearless military general when he chased away a rebellious group in 1983 to faraway Chad. He assured the nation that his experience as a wartime general when he battled the Biafran troops will come in handy. He made history by being the first opposition leader to defeat a sitting President but he has failed to keep to his promise as the insurgents still rage on like roaring lions devouring Nigerians everywhere. The insurgents are in control of many local governments in Borno state where they have displaced many residents making millions homeless and changed their status to internally displaced persons. They have made considerable inroads in Adamawa and Yobe and show no sign of abating.

One strategy of the insurgents is guerilla tactics similar to how the Vietnamese were able to defeat the American forces in Vietnam which led to the pulling out of the allied forces during the Presidency of Richard Nixon. They understand the terrain of the Sambisa forest far better than the Nigerian military whose men are been frequently killed there. It is their territory and they have tactically brought the war to their doorsteps making the Nigerian soldiers look terribly incompetent.

The Service Chiefs who were recently retired by President Buhari long overstayed their welcome. They had clearly run out of ideas and there was a loud clamour for their removal by a large section of Nigerians. There were allegations of corruption leveled against them as many of the rank and file battled fiercely in the warfront without getting their entitlements. This alleged act in no miniscule measure dampened the morale of some of the soldiers. Some of them went as far as deserting to save their lives as he who fights and runs away lives to fight another day goes the age-long aphorism. An instance that comes to mind is the case of Brigadier-General Enitan Ransome-Kuti, the son of the late popular human rights activist, Dr. Beko Ransome-Kuti who was dismissed from the army for dereliction of duty even when it was proven that he took a break to save his life as he didn’t possess sufficient tools to lead the battle weary troops.

The recent counterterrorism strategy of Buhari by offering amnesty to ‘repentant’ insurgents will be an exercise in futility as it will greatly encourage criminality as terrorists are assured of the ‘good life’ of money and training abroad if only they can drop their arms. It will dampen the morale of the troops who have seen action in the battle front, lost their loved ones with many widows of their friends being thrown out from the barracks without the gratuity of their late husbands’ being paid. They will seethe with anger that cruel killers will be rewarded with gargantuan rewards while they are left to rot away.

It is rather disappointing that Buhari a retired General is even more clueless than Jonathan with regards to the terrible security situation in the country. With two years left for his administration to come to an end, he needs to do a critical review of his counterterrorism strategy so that the over decade war against the insurgents can be won and peace can finally return to the battered north east. 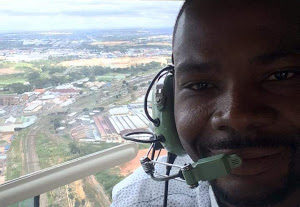 Esoyoma: On A Mission For Good Governance 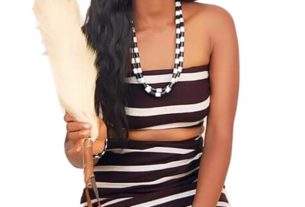 Opinion: Who Is Afraid Of Muhammad Adamu Aliero?