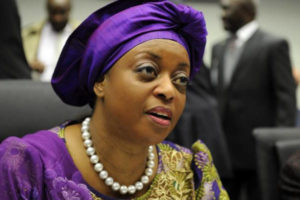 2006 was a defining year for affirmative action in The Shell Petroleum Development Company – the Anglo Dutch Oil Multinational which is the largest international oil company in the country.

Diezani Alison-Maduekwe was the first woman to be appointed when she was named Executive Director External Relations of Shell. She joined the company in 1992 and in less than fifteen years was a Director. This was no mean feat especially when feminists were agitating for a better deal for women in the IOC’s. This feat was only surpassed by the Obi of Onitsha, Igwe Alfred Nnaemeka Achebe who became a Director in just nine years.

Diezani is Ijaw and the daughter of a former traditional ruler in Bayelsa State. Her appointment helped to calm frayed nerves in the oil rich but highly troubled region that excellence and commitment to duty still paid off in Nigeria.

Academically, she was prepared for the job as she had her first degree in architecture from Howard University in the United States and a Masters in Business Administration from Cambridge Judge Business School as a British Council Chevening Scholar in 2003. She had worked as an architect in the US before returning home and joining Shell in 1992.

It was no surprise that in 2007 she caught the attention of the then President Umaru Musa Yar’adua when he appointed her as the Minister for Transport – the first female in the country to get the plum job.

After the death of Yar’adua and the coming into power of Goodluck Jonathan, he moved her to the juiciest of ministries – Petroleum where she was also the first female to get the appointment in 2010.

No sooner had she settled down to work that allegation of graft and abuse of office was leveled against her especially by the anti-corruption online watchdog, Sahara Reporters. Her luxurious lifestyle was splashed online and her alleged mind boggling acquisitions of eye popping properties around the globe surfaced. Kola Aluko, her alleged associate wasn’t also spared from the searchlight. She was the most followed minister by the media in Jonathan’s cabinet.

After the electoral loss of her boss in 2015, she knew that her time was up and the day of reckoning was at hand which explains why she fled on a self imposed exile to the United Kingdom in a similar way that the late Umaru Dikko, the then Transport Minister in the Second Republic did.

There was a story that made the rounds that she and Buhari actually travelled on the same flight to the UK but the no nonsense former General rebuffed all her entreaties for them to have a talk.

She has been in the land of our former colonial masters since 2015 and all attempts to extradite her to face trial back home by the Economic and Financial Crimes Commission (EFCC) have all ended up in a gargantuan fiasco.

Assets, jewellery, properties running into billions of naira have allegedly been recovered from her. There was even a strident call for her removal from the hall of fame among Chevening Scholars as she had been thoroughly demonized without a proper court trial. The media is indeed very powerful and has rightfully earned its sobriquet as the fourth estate of the realm.

There are allegations that she has been frantically trying to get the citizenship of the Dominican Republic and even gifted their Prime Minister a property so as to avoid being extradited back home. Some years ago, she attempted to court the sympathy of the beleaguered populace by releasing some gory pictures of herself battling cancer to popular journalist, Dele Momodu.

Momodu denied being paid in doing any hatchet job on her behalf and opined that he was only doing his job as a journalist without any pecuniary reward in sight.

She has maintained her innocence and has given the public the omerta treatment.

Her husband, Rear Admiral Alison Maduekwe wrote his memoir last year and warned her not to dip her hands into the cookie jar before she took up the appointment to serve her motherland. He visited her in the UK and from the pictures he shared, she seemed to have ‘recovered’ rather remarkably from the cancer scourge.

In a virtual event she stirred the hornest nest when she blasted internet fraudsters popularly known as yahoo yahoo boys when she said:

“The ones that have swag, the Yahoo Yahoo boys as my son would say; these, in short, are the role models they are looking at. These are the ones that reinforce negative societal norms and values.

This is a travesty of an unfolding tragedy for us. Why have I spent time talking about fatherless homes and the impact it has on our children? The truth of the matter is that an irresponsible boy tends to become an irresponsible man and it is, therefore, a vicious cycle. If you plant yam, you cannot harvest plantain”.

“There are no shortcuts to working your way up the ladder of life. Progressing in life, in work and relationships – marital or otherwise – is always dependent on consistent effort and hard work.

Her statement naturally resulted in a backlash from the public as she was not an appropriate role model to dish out such an advice. If she was that innocent her traducers say, why has she been doing everything to avoid coming back home to face her trial? Just recently, she was appointed a commissioner of trade and investment by the Prime Minister of the Dominican Republic, Roosevelt Skeritt and was handed a diplomatic passport to protect her from any sort of extradition from the UK.

A clear conscience fears no accusation. What is preventing her from returning back home to at least clear her name? It was in the same cabinet that she ‘served’ that the likes of Ngozi Okonjo-iweala who has gotten many board appointments and is currently gunning to be the head honcho at the World Trade Organization and Akinwunmi Adesina who is angling for a second term in office at the African Development Bank after being cleared of all the accusations leveled against him. Why aren’t they on the run?

It is an insult on our collective intelligence to pontificate from abroad while mind boggling allegations of graft running into billions of dollars is heaped on her without her wanting to ensure that she faces a fair trial. The hypocrisy is extremely nauseating. While I am not backing cyber crimes, the mindless looting and brigandage that goes on by public officials is partly responsible for many youths turning to crimes online to eke out a living.

She even mentioned her son in her rant. Was it not the same son who was captured on camera in a yacht? What honest work has he done to be able to afford such a holiday? The way and manner our ruinous elite toss us up and down is rather tragic.

The relationship between the Nigerian masses and elite is akin to what obtained in George Orwell’s ‘Animal Farm’ where the pigs ended up being worse than Mr. Jones who they overthrew.

The EFCC should take this affront by Diezani as the fuel needed to perfect her extradition back home. Nigeria shouldn’t be reduced to a comedy circus where all sort of obscene entertainers hold sway.

Until she is proven innocent in a court of competent jurisdiction, Diezani should keep quiet on matters bordering on public morality as she doesn’t have the moral high ground to lecture the emotionally battered and scarred public.

Who knows whether her recent comment wasn’t part of a public relations spin to launder her image? The soapbox should be far away from her till she does the needful by clearing her name back home.

Her two cents on corruption is definitely not needed by the youths. 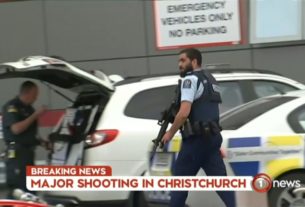 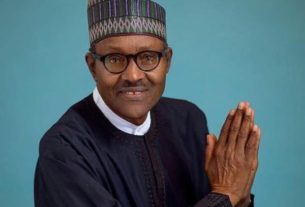 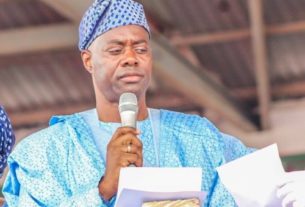