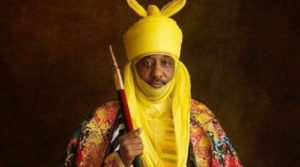 Emir Sanusi Lamido Sanusi has an age-long reputation for speaking the truth to power not minding whose ox is gored. We vividly recall the spat that he had with former President Goodluck Jonathan when he alleged that the Nigerian National Petroleum Corporation wasn’t remitting most of the proceeds from the sale of crude oil to the government coffers. His stunning revelation got the powers that be infuriated and he was asked to proceed on suspension till his five year tenure came to an end and not surprisingly wasn’t re-appointed for a second and final term.

The death of Emir Ado Bayero, one of the longest reigning monarchs in the African continent threw up an opportunity for Sanusi to achieve his lifelong ambition of sitting on the second most powerful throne in Northern Nigeria – the same throne that his grandfather sat on before his deposition under British colonial rule.

He achieved his heart desire but he was a different kind of Emir as he bore his mind on burning national issues not minding the fact that traditional rulers were supposed to be non partisan as they are regarded as the fathers of all. He took a swipe at Jonathan’s administration and was said to have teamed up with the All Progressives Congress – an emergency amalgamation of divergent opposition members who were bound with the sole aim of dislodging Jonathan at the 2015 polls.

He was a virulent critic of the administration of Governor Abdullahi Ganduje, the Governor of his home state of Kano. He took no prisoners and didn’t give a damn about what the government did to him. Ganduje decided to fight back by balkanizing the empire into four emirates of Bichi, Rano, Gaya and Karaye. Prior to the split, Sanusi was the only first class Emir in the state and this tradition had been so since the time of his forebears.

As expected the disgraced diminutive Emir who was in England at the time of the turbaning of the four new Emirs fought back ferociously and he instituted a lawsuit in a high court in Kano asking it to declare the creation of the four new emirates null, void and unconstitutional.

In the judgement delivered on Thursday, the Judge, Justice Usman Na’abba ruled that the Kano State House of Assembly did not follow due process in the creation of the four additional emirates. He went on to say that the assembly violated Section 101 of the 1999 constitution which gives the assembly to enact its rules.

It is worth recalling that the assembly hurriedly passed the bill to create the four new emirates in just three days without the recourse to a free and fair proper public hearing.

This judgement is cheering news because this current administration especially the executive arm is fond of arm twisting its opponents in order to have their way without recourse to due process. It is clear that there was personal vendetta being pursued against Sanusi simply because he was exercising his fundamental human rights of that of free speech which is enshrined in the 1999 constitution which should act as the nation’s guide.

I agree that traditional rulers shouldn’t be partisan as a result of the chaos that their partisanship caused in the First Republic. Two cases immediately come to mind. The then Ooni of Ife, Sir Tadeniawo Adesoji Aderemi who was the first Governor of the Western Region had his salary reduced to a penny a year when he fell out with the then Premier, Chief Samuel Ladoke Akintola. He was later removed unceremoniously by the latter and replaced with Sir Odeleye Fadahunsi. The then Olowo of Owo, Sir Olateru-Olagbegi was a staunch supporter of the defunct Action Group. As a matter of fact, the party which metamorphosed from the Egbe Omo Oduduwa was inaugurated in his Owo mansion in 1951. During the western region crisis which saw the incarceration of Chief Obafemi Awolowo for treasonable felony, he pitched his tent with the then Premier S.L Akintola. When the military struck in 1966, the supporters of Awolowo in Ondo state most notably, Chief Michael Ajasin who became the first elected Governor of the state, he was forced to go into exile and didn’t return to the throne until 1993 when the dust finally settled.

Despite my earlier non-partisanship stance, there is nothing wrong with a traditional ruler speaking the truth to power and constructively criticizing the government for it to deliver on the social contract it has with the citizens who gave him their mandate.

It is sad that Ganduje’s aide went as far as insulting Sanusi in public simply because the latter wants a better deal for his people. Why was the house of assembly in a hurry to pass the law decimating the emirate in only three days and were reluctant to probe the viral video of the governor receiving a kickback in dollars from a contractor?

It is heartwarming that the judiciary in the state despite the challenges of not being his Master’s voice could stand with the course of justice not minding who got offended.

The jubilation of the supporters of the Emir who thronged the streets show that Sanusi is still very popular with the people who see him as their unofficial spokesman. The former First Bank Managing Director is indeed a grassroots man despite his privileged upbringing.

The judiciary should be commended for bringing and retaining sanity in this democratic dispensation. It is truly the last hope of the common man. 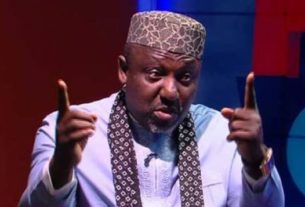 Opinion: In Fairness To Okorocha 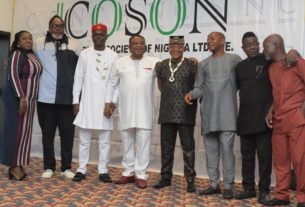 Excitement As Bright Chimezie Elected To COSON board, Tony Okoroji Steps Down And Is Unanimously Re-Elected 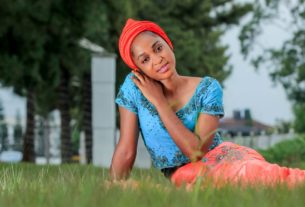