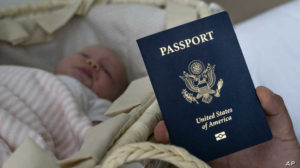 The west has always been very accommodating of Africans. Maybe this is a subtle way of trying to do reparation for the evils of the Trans-Atlantic slave trade and colonialism as well as neo-colonialism which has kept the world’s second largest continent perpetually under developed.

The Francophone nations still enjoy a cosy relationship with France since the days of the policy of assimilation during the heady days of colonialism.

Unlike their Asian counterparts, one can become a citizen of any western country either through birth or naturalization which involved long term residence in the country. The western countries permit dual citizenship and many Africans especially Nigerians find this attractive.

The US remains the number one nation where Nigerian women go to for birth tourism because of the fact that it’s the strongest economy in the world. Also it’s the most immigrant friendly nation in the entire globe as she was built on the back of immigrants.

Nigerians woke up to the rude shock of the recent cancellation of birth tourism for Nigerian pregnant women. The consular officers abroad were massively empowered to deny these Nigerian women visas. It came as a massive blow as many Nigerians use that route to secure a heads on start for their newly born babies.

Getting the American visa from Nigeria is akin to a camel passing through the eye of a needle and so it is highly advantageous to have your child being spared the agony of a visa denial. The passport is also arguably the most powerful in the world as the child when he or she turns eighteen can bring his or her entire family to the US even though they didn’t grow up there.

Donald Trump has made no pretence about his disdain for uncontrolled immigration and the need to curb both illegal and legal migrations. He once called Nigeria a ‘shit hole’ nation and has raised alarm about the immigrants stealing the jobs meant for the citizens. He has strong allies and supporters from among the conservative white who don’t want the country to turn into a rainbow one anytime soon.

The United Kingdom in the 1980’s under the leadership of Margaret Thatcher abolished citizenship at birth and passed a new legislation that the child will have to be resident for at least seven years before he or she can possess the British passport.

It is obvious that the next destination will be Canada since the country that is close to the US is in dire need of population as the world’s second largest country by land mass is sparsely populated. They even have a current express entry going on to facilitate the mass movement of people especially those from African and third world nations. Trust Nigerians who can smell opportunity miles away. They will take advantage of the fact that with a Canadian passport, you don’t need a visa to go to over a hundred nations including the US. Were we surprised that even the daughter of President Buhari, Zahra gave birth to her child in Spain of all nations – a country currently going through a serious financial crisis. Anywhere is better than Nigeria seems to be what is resonating on the streets.

Nigeria is a clime filled with enormous potentials; the only thing that is lacking is good political leadership that can set an agenda for massive development. We badly need local clones of Lee Kuan Yew, Mahathir Mohammed etc who can make this sleeping giant leapfrog into the league of advanced nations.

The citizens need to be able to effectively hold their leaders to account and should agitate for an effective leadership. The people deserve the kind of leaders they get and it is imperative for them to stop the needless whining and whistling about the good old days which have gone forever and get their hands dirty in ensuring that only the best eleven are allowed into the saddle. This idea of ‘suffer suffer for world enjoy for Heaven’ apologies to the Afrobeat Maestro, Fela Anikulapo-Kuti should stop. We don’t need to die first before enjoying a semblance of Heaven or Paradise. This idea of not wanting to ferociously holding leaders to account even if it means paying the supreme price should stop. What are we afraid of anyway? Won’t we all be lowered six feet below one day? Why the fuss about death if that would bring about the much needed change that this nation desires?

The nations like Singapore, Japan and Malaysia that made great economic developments didn’t get there by their elite fleeing the country on the grounds of birth tourism in Uncle Sam. The citizens got their act together by ensuring that good leadership was allowed to birth and are reaping the fruits now. For how long will we sit aloof and watch our nation being pillaged and destroyed by a ruinous elite?

Every disappointment is a blessing and we should this as a golden opportunity to make our nation more habitable for us. Nigerians have been known to excel all over the globe. The likes of Bayo Ogunlesi, Kase Lawal, Fidelis Oditah, Oba Nsugbe etc who were born and bred in Nigeria before their sojourn abroad are clear testimonies to the fact that Nigerians have a lot to offer the world.

It is my hope that good leadership would be duly entrenched in my generation so that we would stop being the laughing stock among the comity of nations.

Nigeria can be great again if only we can pay the price to make it happens.

Trump’s latest action is a clear testimony that the world is gearing towards tighter immigration controls. We have no choice but to make our country work again as this is the only place most of us call home. 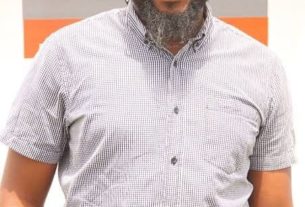 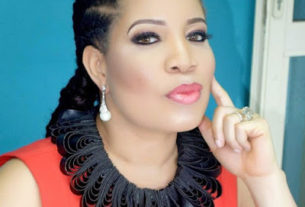 Actors Guild Set Up Committee For Inauguration Of Executives 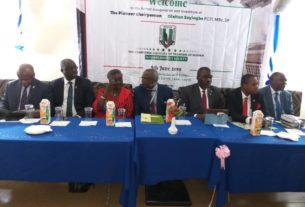