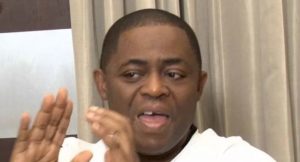 Chief David Femi Fani-Kayode burst into national consciousness in 1990 when as a member of the then National Republican Convention (NRC), he was appointed as the Chief Press Secretary to the former Chairman of the Party, Chief Tom Omoegbe Ikimi. He later became the Special Assistant to one of the party’s big wigs, Alhaji Umaru Shinkafi and held the nation spell bound with his political essays and television interviews with his winsome English diction picked up at Harrow and Cambridge.

The annulment of the June 12 election led to the surreptitious disbandment of the Social Democratic Party (SDP) and the NRC as some politicians united by their opposition to the annulment became emergency political bed fellows.

Fani-Kayode the son of the legendary Chief Remilekun Fani-Kayode a.k.a Fani power soon found himself on exile in the United Kingdom because of his opposition to Chief M.K.O Abiola’s purported electoral victory despite being in a different party with him.

He was active in the cause for the de-annulment of the election and played a key role in being a foreign envoy for the cause through his numerous writings and television appearances for the feasibility of an Abiola led Presidency. He was in the same boat with the current Ekiti State Governor, Dr. John Kayode Fayemi who while initially not being an Abiola supporter later backed the June 12 cause.

The unexpected death of the dictator General Sani Abacha on June 8, 1998 was the deux machina that led to the return of democracy on May 29 the following year which saw the return of Chief Olusegun Obasanjo to power in the bid to placate the Yorubas for Abiola’s electoral loss.

Fani-Kayode returned back to the country in 2001 and to the surprise of many joined the Peoples Democratic Party (PDP) rather than the Alliance for Democracy (AD) which was the home of many of the former fighters for democracy. He joined Obasanjo’s campaign team and was rewarded after the elections with the position of Special Adviser on Public Affairs to him.

Nigerians recall how abusive he was of many prominent Nigerians who disagreed with his then boss. He insulted the likes of Prof. Chinua Achebe for refusing the National Honour of the Commander of the Federal Republic (CFR) because of the PDP instigated crisis in his native Anambra state as well as many other Elder statesmen. The fear of FFK’s acerbic tongue was indeed the beginning of wisdom. It was so bad that he had to beg Nigerians for his forgiveness during the Senate screening when he was about to be made a minister in 2006.

It was no surprise that he insulted a Cross Rivers based journalist with Daily Trust, Charles Eyo for daring to ask him who was funding his trips in his tour of some PDP controlled states in the country.

Many analysts had issues with the way and manner Eyo framed his question but they were all united with the fact that he had every legitimate right to ask him that as he couldn’t have been touring without any pecuniary interest. Nothing goes for nothing the age-long cliché goes and the same aphorism applies in the cloak and dagger game of partisan politics.

I was appalled that Eyo even apologized to the bully of an ex minister and his colleagues were staring at the ‘big man’ like school boys afraid of the headmaster’s cane.

The fourth estate of the realm should occupy a pride of place in the nation’s polity and shouldn’t be denigrated to the status of a lap dog as it clearly is now no thanks to the sinister syndrome of the tragic brown envelope. A friend said tongue in cheek that the reason why Eyo’s colleagues didn’t speak out was because they did not want to jeopardize their brown envelope from the scion of Fani power of the ‘Do you know who I am’ infamy?

He later withdrew the word ‘stupid’ but was still adamant in his ‘right’ to free expression.

The public backlash was huge after Tuesday, August 25th when Fani-Kayode tongue lashed Eyo. Daily Trust, Eyo’s employer publicly stood by him and the Nigerian Union of Journalists came to his rescue as well. The video trended greatly on social media with widespread condemnation by a large section of Nigerians.

The NUJ directed its members in Akwa Ibom state to boycott his scheduled press conference after the tour of the Governor Udom Emmanuel’s projects. There was palpable anger in the land and the heat was on Fani-Kayode to immediately do the needful.

On Friday, August 28th, the former two time minister bowed to public pressure by issuing an unreserved apology in Uyo, the Akwa Ibom state capital which was captured by Daily Trust. It read: “I’m deeply sorry for the manner I reacted to the said reporter. I was too hard on him. The question was mischievous, but I fell for it,” he said.

“I should have been smarter than that. I am using this opportunity to reach out to him, and I hope he will be kind enough to forgive me. I disappointed myself, my family and friends, my colleagues and even my bosses, those who hold me in high esteem.

“I have regrets, it was not my finest day. No leader or public figure should ever react like that. I disappointed myself. I deeply regret it and I believe it will never happen again.”

This is not the first time that he will be apologizing. As earlier recalled, He apologized to Nigerians during his senate screening. He also apologized to Bianca Odumegwu-Ojukwu, the widow of the former Biafran warlord for describing her with obscene language some years ago.

Like a dog he always goes back to his vomit because he knows that Nigerians have a short memory span no thanks with their daily battle for survival which makes having an elephant memory a sheer luxury.

It is high time that Nigerians who desire a better and saner polity took firm actions against him so that we don’t keep getting taken for granted or for a callous ride. For how long will this hocus pocus persist?

I won’t be amazed if this cycle of insults by Fani-Kayode continues as the late Afrobeat maestro, Fela Anikulapo-Kuti described the daily struggles of Nigerians with the epithet ‘Suffering and Smiling.’ We will boil with ‘rage’ for a while and then cool down with the passage of time.

The apology of Fani-Kayode was not necessarily because he was really that remorseful but because of the gargantuan public pressure piled up on him to eat the humble pie. This shows that peoples power is supreme and the hoi polloi should use it effectively to demand a better governance deal from their oppressors who have taken them for fools for far too long.

If the public could pressurize a whole Fani-Kayode to do the right thing, more of it should be applied to force our arrogant public officers to give us a better deal as we deserve it as both tax payers and Nigerian citizens.

The apology by Fani-Kayode is a resounding victory by the media which has been battered to no end by the economic vagaries orchestrated by the ruinous political elite. It shows that the weak can truly overcome the evil strong if only they unite and use their numerical strength to crush their adversaries.

Fani-Kayode will spend the weekend with his tail in between his legs and next time will think twice before uttering gibberish from his caustic tongue.

This is good news for the press which is supposed to be the voice of the voiceless and the purveyor for social change. 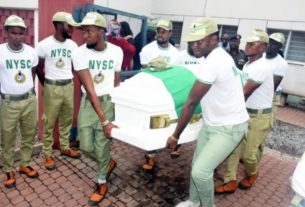 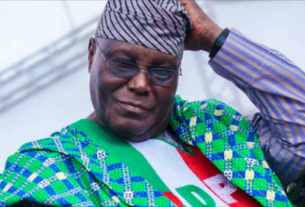 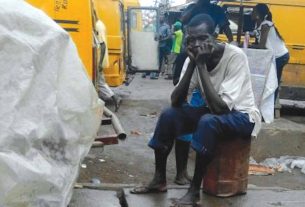 Fuel/Electric Tariff Increase; In Whose Interest?