Subscribe Opinion: Ogene Igbo is Not Your Enemy, You are Your Enemy! – Newstimesafrica

“Ambassadors of poverty are

Those whose actions and inactions

Reduce their people’s expectation to nothingness.

Have lost the spark to inspire

While their people lie in surrender having been defeated by poverty”

With this poem by POC Umeh, I will ridicule Ogbuefi/Ichie Dr. Harris Chuma, Ogene Igbo,for his sins. Over the weekend, I grappled with the aim to understand the Press release, signed by the incumbent leadership of Ogbunike Progress Union OPU, denouncing their Son and Brother, Chief Dr. Harris Chuma-Odili.

This letter was signed by those whom I will like to refer to as ambassadors of poverty and underdevelopment in Ogbunike town. What was Ogene’s crime? He has been vocal in pressurizing the incumbent governor of Anambra State, Willie Obiano, to come to the aid of ndi Ogbunike in terms of infrastructural development. This is the sin of Ogene Igbo and for which we his people reject him! I shall return to his sin anon, for now let us meet Dr. Chuma Harris Odili, Ogene Igbo.

Dr. Chuma Harris Odili, is a seasoned Broadcast Journalist, Filmmaker, and a successful Business man with his Business offices situated in Ogun, Asaba, Lagos and Port Harcourt. He is a decent and hardworking Nigerian, who is committed to seeing the youths of his society live a fulfilled life – this he strives to achieve through his good governance campaigns. He currently runs a legally registered Non governmental organization NGO, known as Association of Digital Media Core Advocates (ADMCA).

Just two weeks ago, on the September 4, 2020, he convened an Anti Corruption Media Summit in Marble Arch Hotel, Awka, to discuss the issues of corruption in our society.

With a sound Degree in Mass Communication, In 2018, he earned his Ph.D award on Leadership,Social Advocacy and Community Development from the prestigious Green Hills University, Denmark. By all parameters, Chief Chuma is a decent and hard working citizen of Nigeria and an illustrious son of Ogbunike, he has contributed greatly to the development of his town, and it is in his fight to see to the development of Ogbunike and a better life for the youths that he committed a crime. 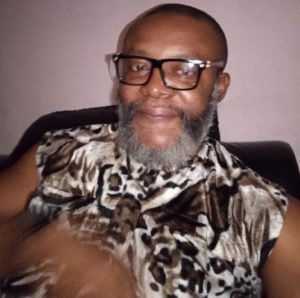 Back to the matter, I used ambassadors of poverty to describe the anti democratic leadership of OPU who denounced the profound efforts of Ogene Igbo. Penultimate week, I drove through Ogbunike and the question I asked my travelling companions was this – “I thought the wife of the incumbent Governor is not from this town?” – and everybody busted into dry laughter, and I felt so stupid. It was rainy; the roads were messed up, potholes everywhere, terrible drainages to say the least. From the Express way known as Building material’s bus stop through Azu village to Amawa village Ogbunike was a nightmare in the rain.

Even if the Governor is so forgetful, and inept about keeping his campaign promises as seen in the situation of Oba–my home town, where he has refused to construct the road that links Oba to Umuoji, the wife should be able to get something for her people. Let it not be the dividend of democracy, let us call it “inwe mmadu”.

Ogbunike is the Cave City, ancient and historic site, which passes for world tourist heritage. If the governor had rejuvenated that cave as he promised in 2014, it would  have placed Ogbunike in the Global light, it will further attract tourists to Ogbunike thereby creating economic opportunities to ndi Ogbunike, among other things, it will generate resources to Ogbunike and Anambra State at large. This is because the people who travel to Ogbunike from around the globe for summer breaks and other kind of vacations will use the hotels built by ndi Ogbunike, use the supermarkets and restaurants owned by ndi Ogbunike and even make use of taxies and cabs owned by ndi Ogbunike to travel round the city; this will also enable ndi Ogbunike to build other side attractions that will create employments for the youths of Ogbunike. Those were what Ogene Igbo envisioned and came to the realization that ndi Ogbunike are losing a lot of resources and have called on Obiano to do something.

In lieu of supporting Ogene in his fight for a better future, some people, the ambassadors of poverty, have ganged up to silence Dr Chuma because of the stipends they get from the Local Governemt Caretakers,  and other selfishly driven government appontees from the town. How long will you continue to feed from the crumbs under the table? How would  you allow yourself to be priced out of your conscience? What will Ogbunike fall back on if there in-law and daughter leaves office by 2022? Will you still get the same stipends you are getting now? Your actions and inactions to the  people of Ogbunike will either liberate your people or perpetually keep them under the shackles of poverty. Be wise and join Ogene, he is not your enemy, you are your enemy! 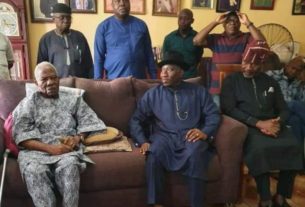 Fasoranti’s daughter’s Death: It Is An Act of terrorism — Ex-president Jonathan 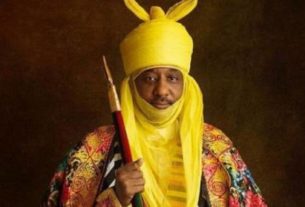 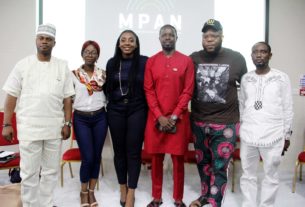