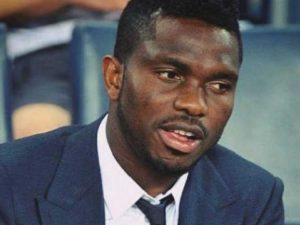 On the 12th of February this year, former Super Eagles Captain, Joseph Yobo was appointed as the assistant coach of the Super Eagles. He replaced Imama Amapakabo in the team’s technical crew. Yobo, one of the most capped players in the green and white jersey plied his trade in Europe for Everton in England and Fenerbache in Turkey amongst many clubs that he played the round leather game in. The 39-year-old represented Nigeria in six Africa Cup of Nations finals – 2002, 2004, 2006, 2008, 2010 and 2013, leading the team to glory in 2013 in South Africa where the Super Eagles under the late Stephen Keshi conquered the continent for the third time.

Many of his former colleagues were also surprised at his appointment and expressed their views about the latest development in sports. The Chairman of the Nigerian Football Federation (NFF), Amaju Pinnick defended his appointment citing the example of the current coach of Arsenal, Mikel Arteta who successfully transited from being a player to a coach in the top London club.

All over the globe, we have players like Jurgen Klinsmann of Germany, Zinedine Zidane of France amongst many others who were successful players and coaches. Even the likes of Sir Alex Ferguson and Jose Mourinho were former players who became astounding coaches.

While formal training is good for coaching, it is not absolute that the possession of certificates will make one a great coach. Coaching is more of a talent based profession and is akin to music, writing and journalism where a certificate may not really be necessary to being a successful practitioner in them.

Yobo, being a successful player and coach having played both at home and abroad has the charisma to lead the eagles to victory and to restore the lost glory of the team. Rohr should stop complicating issues and should be open to work hand-in-hand with him and to ensure that one day he is sufficiently groomed well enough to take over from him one day.

Everything shouldn’t be reduced to academic exercises. Jose Mourinho wasn’t a good player and had to retire prematurely from the game at the tender age of 24 but went on to become a successful coach winning the Champions League with two clubs. Ferguson wasn’t distinguished as a player but that didn’t stop him from becoming a great coach with Manchester United which he took to the apotheosis.

What we should be concerned with is whether Yobo has the commanding presence to earn the respect of both the players and the management to make the Eagles succeed by winning more laurels.

In my humble opinion, Yobo has what it takes to become a highly successful coach and all sports loving Nigerians should unite in giving him the much needed moral support.

We should support our own and there is the need for some form of indigenization policy in every facet of our national life, sports inclusive. The exposure that one needs to succeed as a coach in a highly diverse and complex nature of Nigerian football has been found in him and he should be sturdily backed to bring home more trophies as we badly need the laurels to calm frayed nerves no thanks to our dysfunctional political structure.

Football is a national elixir which makes the nation temporarily forget their worries and hardships that go with the daily grind of being resident in Africa’s most populous nation. Nobody cares about the tribe of the scorer of the goals or the abortion of goals against the team. It is too early to sow the seeds of discord in the coaching crew as we need to rally behind the NFF’s latest pick to ensure that Yobo succeeds. We shouldn’t be so certificate conscious to overlook talent and charisma. His appointment should signal the dawn of a new era.

Welcome on board Yobo and good luck with your appointment! 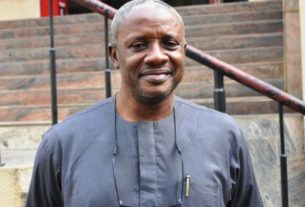 The Mbaka I Met 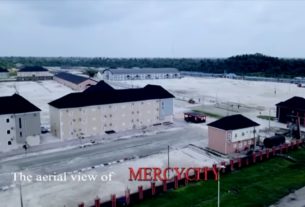