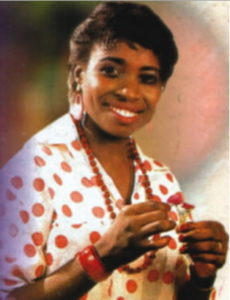 Despite the avalanche of publicity [in various forms] that greeted the release of Nigeria’s reggae queen, Evi Edna Ogholi last year, it still ended the way of such previous announcements.

Since she left the African shores for Europe, France to be precise, roughly a decade ago, the highly-idolized singer has not been to churn out something new majorly because of last minute hitches.

This time around, however, everything was almost set, no thanks to the rampaging and deadly virus called Corona that temporarily shut the entire world since last year, still does and left many businesses either dead or gasping for breath.

‘’We are sincerely sorry for the delay in releasing my long-awaited album, Peace and Love as originally planned,’’ she is pleading and offers a reason, ‘’we are patiently waiting for the dreaded disease [Covid 19] that has brought humanity to a temporary standstill, to subside.

According to her, the new work which will be marketed and distributed courtesy of Premier Music in Nigeria, will drop as soon as the monster disease is contained.

‘We trust in God,’’ she concluded.