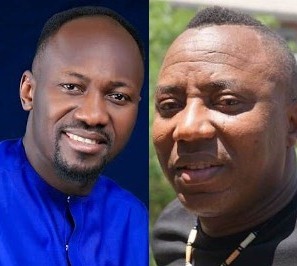 Praises have been pouring in for servant of God and Senior Pastor at the Omega Fire Ministries (OFM) worldwide, Apostle Johnson Suleman, as he considers standing surety for the incarcerated publisher of Sahara Reporters, Mr. Omoyele Sowore.

The Nigerian government on Sunday, August 4th 2019, had arrested Sowore for calling a revolution to unseat President Muhammadu Buhari as President. The department of the state services (DSS) said in a statement that the former presidential candidate had been in touch with foreign actors to destabilize Nigeria.

Apostle Suleman had taken to his Twitter handle on Monday morning with a post that suggested he really would be glad to stand bail for the detained publisher. He wrote; “Am really worried that nobody is ready to stand surety for @YeleSowore. …yes he has hurt alot of people, me inclusive. But do we focus on that and let him rot where he is even if he caused it? In a situation like this, what will Christ do? Am ‘considering’ standing bail for him…”

The judge had earlier granted Sowore bail in the sum of N100 million with two sureties in like sum who owns landed property in Abuja. But when it appeared he could not meet up with the application, the sum was brought down to N50 million. He is yet to still fulfill the latest one.

Although, he is a pastor, Suleman’s commitment to social change is helping in no small measures to shape the Church more than any pastor of his generation. Consistently, he has been proven from the pulpit as one of the champions of positive social transformation.

It is recalled that Apostle Suleman, in December 2018, prophesied the arrest of a Nigerian presidential aspirant. Ironically, Sowore’s Sahara Reporters it was that called that particular prophecy a lie in a widespread publicity.

It is, therefore, for his gesture of compassion and maturity that Nigerians, particularly his social media followers, have commended him and tasked other religious leaders in the country to emulate his positive contributions that transcend the altar. 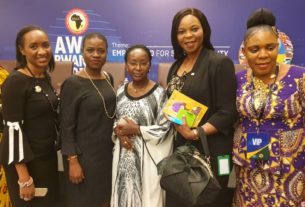 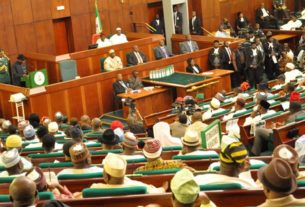