Subscribe So, The Man Died And The Girl Disfigured? – Newstimesafrica

There’s a saying that “a foretold war does not consume the cripple.’’ Simply put, it means that there’s always enough time to prepare, adjust and take off in case of any eventuality in life.

Recent events in the country, however, paint a different and frightening picture. We are no longer proactive in our dealings and seem to have adopted the image (semblance) of a ‘Mr. Go-Slow.’ We now bark but can’t bite as all our plans end up at the drawing board these days.

Unfortunately, much as this rather provocative, destructive and unrewarding attitude now affects all areas, that of insecurity is very worrisome. It is no longer news that people have been dying on a daily basis due to security lapses. Deaths everywhere.

The gruesome murder of yet another cleric and Christian Association of Nigeria (CAN) Chairman in Adamawa State, Rev. Lawan Andimi remains another big shocker.

Just like the other victims, the cleric was rather abandoned until the enemies struck. If the government that has all the might still cares and life still matters, he may have been rescued long before now.

Yes, what is it that the government couldn’t have done to rescue Rev. Andimi. Money or military might? I think it is high time government starts to dance to the tune of these murderous gangs, even if it entails paying ransom, to save lives first. Their unending plans and delays can come later. It’s sad that they don’t want anybody to complain over the killing. Thus, they would beat a child and still stop him from crying.

Now, how can one describe the case of Leah Sharibu? The under aged, innocent girl whose ‘’offence’’ was to have gone to school. The rest is now history but most disheartening remains the update on her present state of affairs. Subdued, married off to a Boko Haram Commander and already nursing a baby! God, only you know what she passed through to get to this stage. Yet, government had enough time to get her freed but prevaricated until the unimaginable happened.

The poor girl had been devoured, disfigured and disorganized.  Who wouldn’t under the harsh and strange condition? She might never return to the helpless parents again since we heard that the so called commander is outside Nigeria. Like a colleague succinctly put it, “Ít is very sad. Her country failed her. She is now a citizen of Boko Haram country. I wish her good luck.’’ Innumerable Nigerians are angered too.

Many others are still alive in captive and have been crying for help but the ‘’go-slow’’ thing won’t allow us to make hay while the sun shines. We are waiting for the worst and then blab as usual. Then a government spokesman would come out to curse people for condemning same. He forgets that nothing lasts forever.

For goodness sake, didn’t the military boast that Boko Haram got dismantled and chased out of creation some years back? The captured flag and Koran were even displayed for the world to see. So, what happened later? Let’s overhaul the security architecture and restructure the entire system.

Is it not the same Boko Haram that is still there and unleashing more terror in the land? To imagine that this monstrous sect has graduated into something more daring by attacking and killing even the military makes it more worrisome. Yet we are still adopting the same system – go-slow.

Football and other sports managers are often fired and new ones appointed for the simple reason of seeking new tactics and ideas. But we have refused to change the men at the helm of affairs in the area of security.  These are men who have visibly exhausted all their ideas but can’t leave on their own.

The concern, as the CAN boss joins the list of helpless and innocently- murdered Nigerians in the hands of the Boko Haram, Leah Sharibu is disfigured in captivity, have we as a nation become helpless too? Have we become a toothless bulldog or want to wait for all to die before we bite? 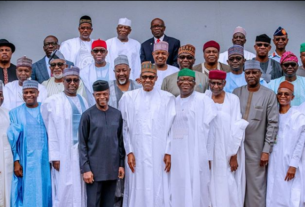 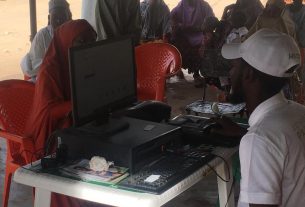 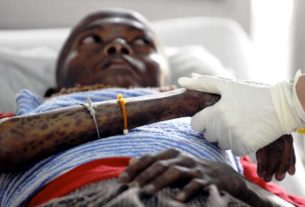 Relief as London patient cured of HIV-AIDS in medical breakthrough