The city of Okigwe and indeed all the nooks and crannies of Imo North Senatorial district are still with victory songs and dances following the victory Chief Emmanuel Enyeribem Okewuluonu [Ikeoha Okigwe] at the Peoples Democratic Party [PDP] primary election held last Saturday.

In a the well co-ordinated and peacefully- conducted election held at Anara, Isiala Mbano, on September 5th, Chief Okewulonu defeated his opponent, Patrick Ndubueze by a wide margin of 609 to 27 votes.

The resounding victory thus answered the prayers of his people who have been for a committed and transparent to come on board and represent them in the Senate.

Reports have it that although they have been having representatives in the house, none of them has been to provide them with the expected dividends of democracy.

However, it is hope that the Ikeoha Gburugburu will make the difference if he finally succeeds because of his track record as a large heart with philanthropic gestures.

He will slug it out with the candidates of the other parties to select a replacement of late Benjamin Uwajumogu who died sometime ago next month. 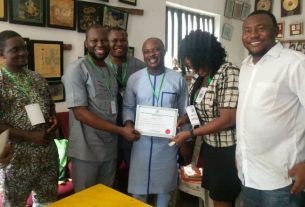 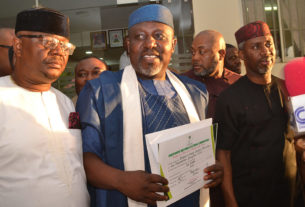 Okorocha Smiles Again As Lawan Swears Him In As senator 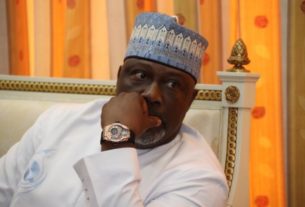