Subscribe Buhari or Atiku? No saint, just the lesser of two evils – Newstimesafrica

THIS Saturday’s presidential election features a motley crowd of candidates, about 76 in all! Yet, despite the dense thicket of candidates, only two really matter. The contest is between two recurring faces in Nigeria’s political space: President Muhammadu Buhari, of All Progressives Congress, and former Vice President Atiku Abubakar, of People’s Democratic Party. Both candidates are very different personalities, with diametrically opposite visions and values. But neither possesses, holistically, the qualities needed for a country’s leadership, and, indeed, each has devastating flaws. Thus, Nigerians must decide, based on key evaluative factors, which of the two candidates is the lesser of two evils.
There are three critical qualities that any leader must possess. These are vision, competence and values. A leader must have the right vision for his or her country; must have the ability to provide competent and knowledgeable leadership to deliver that vision; and must have the right values, the right moral standards. Put differently, he or she must have character and integrity!
Now, of the two candidates, Atiku is the one with the right vision for this country. His bold market-based economic reform plan and his far-reaching political and institutional reform agenda, with political restructuring at its core, are what Nigeria needs to progress and prosper. By contrast, Buhari believes that Nigeria’s problems start and end with corruption. But he is utterly wrong, because corruption, insecurity and poverty are symptoms of deeper underlying structural economic, political and institutional defects. Yet, Buhari has no plans to reform Nigeria’s economy, polity and institutions.
What about competence? Well, the consensus worldwide is that Atiku would be far more effectual than Buhari. He would assemble a far stronger technocratic cabinet and a more robust economic team, as well as brighter aides, than Buhari has done and can ever do. What’s more, he would run a very inclusive government, drawing talents from across Nigeria the way Buhari has never done and can never do.
So, if vision and competence are the only determining factors in Saturday’s election, Atiku should beat Buhari. But, no, they are not: values count too. And here, Atiku suffers from widespread negative and damaging perceptions. He may not have stolen from government’s treasury, but he’s believed to have exploited his positions and loopholes in the system to enrich himself massively. This view is shared internationally. A British journalist recently described Atiku as “a billionaire about whom questions have been asked”. And that’s the mildest comment you would read about him on the issue.
Buhari is viewed as someone who lacks an understanding of economic fundamentals, whose policies have damaged investors’ confidence, undermined business growth and impoverished Nigerians (unemployment rose from 8.2% to 23% under him). Yet, despite his double standards and hypocrisy in fighting corruption, he still has a reservoir of goodwill on the issue. In contrast, Atiku is seen as someone whose reform proposals could positively transform Nigeria’s economic and political landscapes, but who may be lax about tackling corruption.
That’s the real conundrum. How do you choose between a visionless and incompetent candidate, but who, presumably, has integrity and a visionary and competent one, who, nevertheless, carries a lot of baggage from his past, and whose future intentions and motivations are still questioned by many?
President Buhari is a puritanical socialist. Like medieval puritans and religionists who hated merchants and traders, Buhari runs an anti-business administration. His authoritarian government uses coercion, domination and control as policy tools. When a Buhari loyalist, Nasir el-Rufai, Kaduna State governor, threatened foreigners with violence and death last week, he was simply echoing pseudo-democratic socialists like President Nicholas Maduro of Venezuela. Buhari’s disregard for the rule of law and business has damaging effects on Nigeria’s international image and investor-friendliness. But so, too, does corruption!
I wrote last week that a vote for Buhari is a vote for more dysfunctional government, with potentially endless tuff war between Vice President Yemi Osinbajo and the cabal. Well, I would also argue that a vote for Atiku is a vote for Babangida Mark II. Here’s what I mean.
When General Ibrahim Babangida overthrew Buhari as head of state in 1985, he replaced his socialist policies with liberal ones. Babangida launched elaborate political and economic programmes. Similarly, if elected, Atiku would embark on a political restructuring programme and launch market-based economic reforms that contain the same elements as Babangida’s structural adjustment programme, such as floating the naira, subsidy removal and privatisation. But alongside his reforms, Babangida also tolerated corruption. Atiku recently said that, if elected, “I will enrich my friends”, and floated the idea of “corruption amnesty”. These must raise concerns that he would run a government shaped by patronage networks.
In fairness, Atiku’s manifesto contains an elaborate anti-graft strategy. However, it’s difficult to escape the feeling that he would, like Babangida, consider some slippage in fighting graft a reasonable trade-off for his far-reaching political and economic reforms.
Yet, all that said, given his commitments to structural economic and political reforms and the possibility that he would run a more responsive government, compared to Buhari’s arrogant, inept and dysfunctional administration, Atiku is the lesser of two evils!
Tagged Buhari or Atiku? Opinion 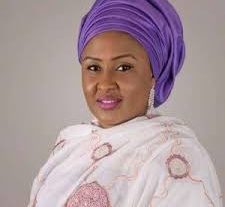 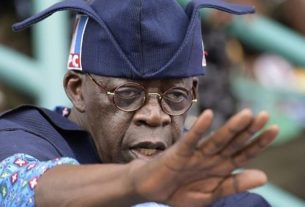 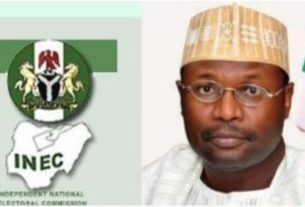