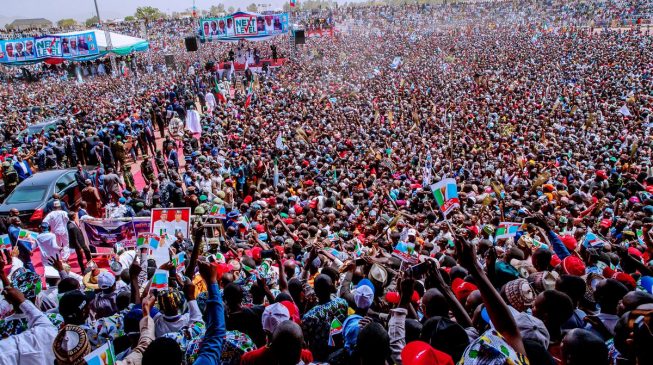 The Independent National Electoral Commission has okayed the resumption of political campaign activities ahead of Saturday’s rescheduled elections.

This was revealed in a statement on the Commission’s verified Twitter handle, and signed by Festus Okoye, INEC’s National Commissioner and Chairman, Information and Voter Education Committee.

Part of the statement issued by the Commission read, “After consultations with political parties, the Commission has approved that campaigns by parties and candidates can resume forthwith to end by midnight of Thursday, 21st February, 2019.”

INEC had postponed the presidential and National Assembly elections earlier scheduled for February 16 to February 23 over logistics challenges.

The governorship and state assembly elections have also been shifted from March 2 to March 9. 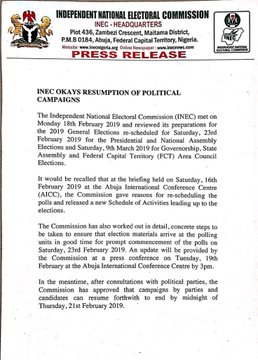 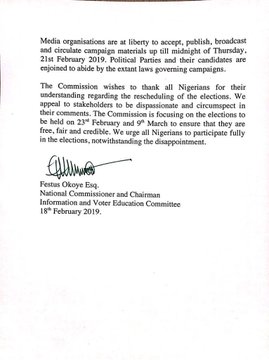 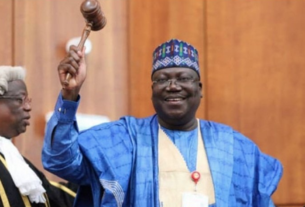