The Senate has extended the ‘take a bow’ gesture to nominees described as ‘friendly’ towards the National Assembly as well as women.

‘Take a bow’ is a privilege traditionally reserved for nominees, who are former members of the National Assembly. It allows nominees to simply take a bow and leave without being questioned.

However, Senate President Ahmed Lawan extended the privilege to former members of state assemblies thereby giving the likes of Rotimi Amaechi, a former Speaker of the Rivers State House of Assembly, the privilege to “take a bow”.

A former Governor of Bayelsa State, who was accused of corruption by the Economic and Financial Crimes Commission, was also asked to “take a bow” after informing the Senate that he had once served as a member of the House of Assembly in the short-lived 3rd Republic in 1992.

The Lawan-led Senate again extended the ‘take a bow’ gesture to some persons who had never been lawmakers as well as those who are women.

The gesture was extended to a former Minister of FCT, Muhammadu Bello, who had after his lengthy address to the lawmakers, prayed that they accord him the traditional “bow and go” treatment because he is a member of the National Assembly “by association.”

Kebbi State senator, Adamu Aliero, noted that Mr Bello had been screened before. He said there was no need to delay asking him to leave.

“He has done very well. He has mentioned critical infrastructure. With your permission, let the nominee take a bow and go,” he said.

The Senate President subsequently accorded Bello the privilege of “taking a bow” after the question was put to a voice vote.

Three female nominees- Executive Secretary of the Pension Transitional Arrangement Directorate, Sharon Ikeazor; a Commissioner, National Commission for Refugees, Migrants and IDPs, Sa’adiya Farouk; and a former finance minister, Zainab Ahmed – were asked to go based on their gender.

Lawan said, “The Senate is gender-sensitive. We give support to female senators and female stakeholders that we interact with. You have the entire Senate behind you.”

So far, 16 out of the 21 screened nominees were asked to take a bow, meaning that only five so far were questioned.

I’ll Do A Great Job As Lagos Governor – Agbaje 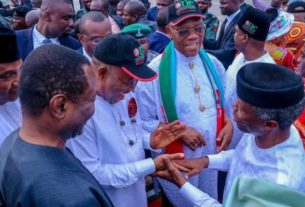 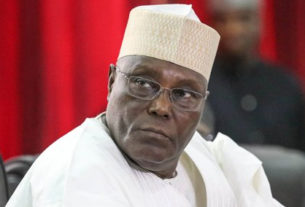