Subscribe PDP Can Never Win Lagos Except… Ex Chieftain – Newstimesafrica
By Austin-Fair Nwaulu
A former staunch member of the Peoples Democratic Party (PDP), Mr. Wale Yusuf has said that all hopes are not lost for another political party, especially the PDP, to win the reigns of government in the state which has been under the Action Peoples Congress (APC) for quite some time now.

According to Yusuf who controlled one of the busiest wards in the heart of Ikeja as the Chairman, before decamping to the APC shortly before the 2019 general elections, the major problem with the PDP in Lagos is money, lack of accountability and trust.
“As a former staunch member of the party here, I can declare that the PDP has the potentials of winning in Lagos if the party leaders are sincere to themselves, strategically-united and hardworking.’’
He revealed that whereas the party has dedicated and loyal members in the state who follow the party passionately however the reverse is the case with the leaders who think about about the derivatives first. “I’m sorry to say that the party can never smell Lagos until some leaders are purged of their excesses over money before the job is done and other selfish interests.’’
He stated that he dumped the party he once loved with passion when he discovered that his efforts were not being appreciated just as he was being shielded from the truth about the running of the party.
“There is a limit to human endurance, of course. I discovered that most of the leaders were never ready to make sacrifices instead scramble over grant that comes in. Imagine that they would want to settle their individual problems first before party affairs no matter how pressing,’’ he added.
Mr. Yusuf who said that he is happy with the APC and has no plan to return to the PDP hinted that only a well organized party with dedicated and members can win election anywhere. ‘’Lagos is no exception if hardwork is applied,’’ he concluded. 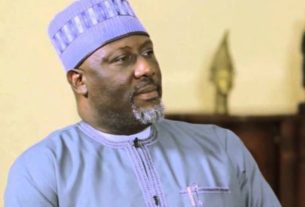