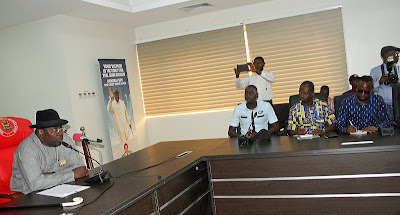 The Governor of Bayelsa State, the Honorable Henry Seriake Dickson, has called on President Muhammadu Buhari, to convene an expanded emergency meeting of the National Council of State to discuss issues involving the postponement of the elections.

A statement by His Special Adviser, Media Relations, Mr. Fidelis Soriwei, on Tuesday quoted the governor to have made the comment during a press briefing at the Government House, Yenagoa.

The Governor said that, the meeting should comprise leaders of the security agencies, party candidates and apart from the normal members of council.

He said that the leadership of INEC should be made to brief the council on its decision to unilaterally postpone the elections a few hours to voting.

He added that INEC should pick a new date only after the proposed expanded meeting of the National Council of State, to prevent the country from the costly experience of having the election postponed on Election Day.

He stressed that INEC, for instance, did not have the ballot papers for the Presidential election, necessary inks and other items needed for the election in Bayelsa State.

The Governor also said that, it was indeed important for INEC to explain why some of the materials for the elections were not customized contrary to the standard practice for which INEC is reputed.

The Governor called on Nigerians and indeed the political leadership to avoid the temptation to call for the removal of the Chairman of INEC to avoid plunging the country into an avoidable protracted crisis of succession.

He warned that the sudden postponement of the election might be steering the country in the direction of a constitutional crisis.

Dickson said that the reactions which trailed the sudden shift in the date of the elections a few hours to the vote had belittled the country and portrayed the citizens as an unserious people.

The Governor said that it was his expectation that the Presidential directive to deal ruthlessly with trouble makers would include leaders of the APC in Bayelsa who have been subverting the security and stability of the state and buying arms for the youth to cause mayhem in the state.

“I call on President Buhari, in his capacity as the leader to convene an expanded meeting of the National Council òf State.

“The meeting should be attended by the security chiefs, the candidates, and political leaders to examine the issues which could plunge our country into a prolonged constitutional crisis, a crisis of succession if not properly handled.

“It is at the end of the meeting that INEC should pick a new date. I disagree with INEC on the unilateral choice of a date. I don’t believe all the challenges that INEC had could be resolved within six days, that the country should expect a hitch free election on Saturday.

“In Bayelsa, INEC did not have the ballot papers for the Presidential election, necessary inks and some of the materials are not even customized. This contradicts the standard fir which INEC is reputed over the years.

“This is important because our nation cannot afford another postponement on election date. I believe that before INEC should announce another date, we should have the expanded meeting of the National Council of States,

“Also, I hope that the President’s directive to deal ruthlessly with trouble makers during the elections would include leaders of his party in Bayelsa State who have been fomenting trouble, buying arms to the youth to cause mayhem in Bassambiri, Nembe, Brass, and other parts of the state. I take it as a presidential directive to go after such trouble makers.” 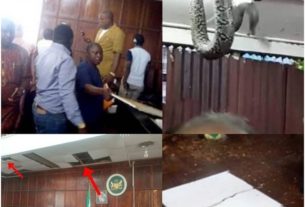 How Lawless Snake Chased Ondo Lawmakers Out Of Assembly 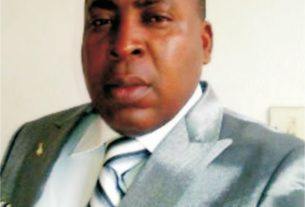 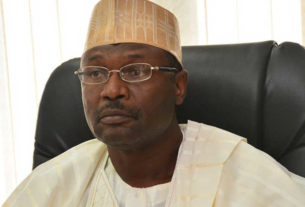