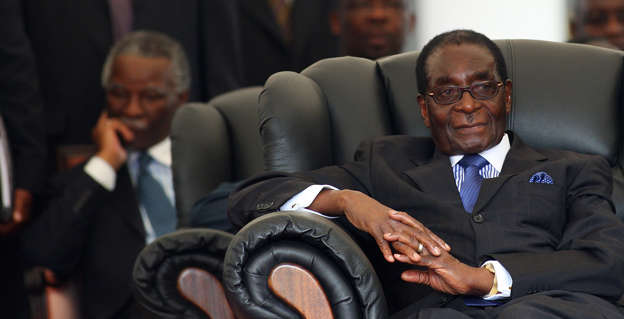 Former president of South Africa, Thabo Mbeki has said that the United Kingdom and the United States of America, had sought the help of his country to remove the late President Robert Mugabe of Zimbabwe from office.

According to Eyewitness News, Mbeki said this at the memorial service organised by the African National Congress party in honour of the late Mugabe in South Africa.

At the memorial service, Mbeki recounted how the British and American governments sought his assistance to remove Mugabe from power.

Mbeki said that he refused even after pressure was mounted on him, as he believed that only Zimbabweans had the right to remove Mugabe from power.

He said the Western powers had been particularly interested in ensuring that Mugabe didn’t contest in the 2002 presidential elections in Zimbabwe.

“The UK and the US were particularly interested that President Mugabe should not run as president of Zimbabwe and so they contacted us to make this proposal (that) a way must be found to make sure he doesn’t run,” he said.

Mbeki said that the British government even planned to intervene militarily in Zimbabwe but had to abandon the plan as Mugabe enjoyed support from his southern African neighbours.