Cristiano Ronaldo marked his return from injury with a precious away goal as Juventus drew 1-1 with an excellent Ajax in the first leg of their Champions League quarter-final in Amsterdam on Wednesday.

Ronaldo subdued the 50,000 home fans in the Johan Cruyff Arena when he headed Juventus in front on the stroke of half-time to take his record goal tally in the competition to 125.

Brazilian winger David Neres conjured a stunning equaliser almost immediately after half-time to give Ajax a draw that was the very least they deserved.

However, it is Juventus — for whom substitute Douglas Costa struck a post late on — who hold the upper hand heading into next Tuesday’s return in Turin, with the winners of this tie facing Manchester City or Tottenham Hotspur in the last four.

Ronaldo was back for his first appearance since suffering a thigh injury playing for Portugal last month — it was his first game for Juventus since netting the hat-trick that dumped out Atletico Madrid in the last 16.

The 34-year-old is aiming to win the trophy for the fourth year running, while Ajax are appearing at this stage of the competition for the first time since 2003.

They had set up this tie by ending Real Madrid’s European hegemony in the previous round after a thrilling 4-1 victory in Spain.

Erik ten Hag’s brilliant young side is likely to be broken up at the end of this campaign, so this may be the Amsterdam club’s best chance in a long time to win a fifth European Cup. 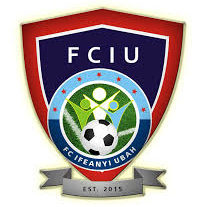 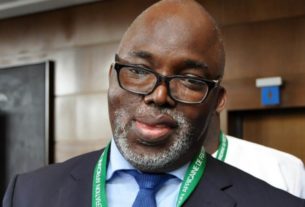 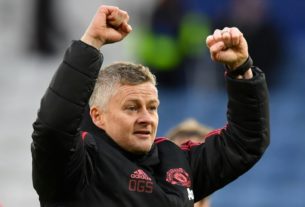