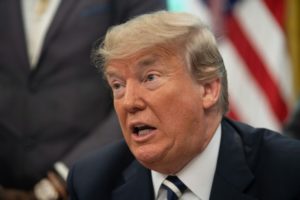 As Congress escalates its impeachment probe into the Ukraine scandal engulfing his presidency, President Donald Trump faces the White House press corps Wednesday on an investigation he has branded a “coup.”

The power struggle between Trump, who is accused of leaning on Ukraine’s president to dig up dirt on one of his main 2020 election rivals, and congressional Democrats appears to be entering the ever more volatile territory.

Trump insists that he did nothing wrong in a phone call with Ukrainian leader Volodymyr Zelensky and on Wednesday he got support from Russia’s President Vladimir Putin, who said he saw “nothing compromising” in the conversation.

Given Trump’s controversial history with Putin, it was unlikely that the Kremlin leader’s backing would do much to calm waters back in Washington.

Trump has gone all out in his resistance, using language that would once have been inconceivable for a president, including his claim late Tuesday on Twitter that this is “not an impeachment, it is a COUP.”

It is “intended to take away the Power of the People, their VOTE, their Freedoms,” Trump said.

After keeping pronouncements mostly to Twitter over the last week, Trump was due to give a press conference alongside visiting Finnish President Sauli Niinisto.

He may also talk to journalists earlier when Niinisto arrives at around midday in Washington (1600 GMT).

– Congress pushes back –
Trump is accused of having pressured Zelensky to help him by opening a corruption investigation against leading Democratic presidential candidate Joe Biden in a July 25 phone call. He is alleged to have suggested that military equipment Ukraine sought to beef up its defences against Russia would be contingent on him getting that favour.

A whistleblower, so far only identified as someone from the intelligence services, went to the authorities with concerns about the phone call, triggering the impeachment inquiry.

Trump has likened the whistleblower to a spy and called for his or her identity to be made public, although by law whistleblowers are protected. He has suggested that the lead congressional investigator overseeing the impeachment inquiry, House Intelligence Committee Chairman Adam Schiff, should be arrested for “treason.”

Trump has also retweeted a warning that his removal from office could trigger “civil war.”

But Schiff and other Democrats in the lower house are pushing aggressively forward, with closed-doors hearings starting this week.

It was not clear what that would entail, but the State Department is closely caught up in the probe, with Secretary of State Mike Pompeo confirming Wednesday previous reports that he listened in during the Zelensky call.

– First testimony –
Pompeo and Trump’s controversial personal lawyer Rudy Giuliani have been subpoenaed to provide documents. Five diplomats have so far been summoned to testify.

Pompeo suggested that the committees could be forced to subpoena the five officials and that the State Department and White House could seek to limit what they can talk about.

“I will use all means at my disposal to prevent and expose any attempts to intimidate the dedicated professionals whom I am proud to lead,” Pompeo said.

News reports said the State Department’s former special envoy to Ukraine, Kurt Volker, would testify Thursday and that the ex-ambassador to Kiev, Marie Yovanovitch, would appear behind closed doors on October 11.

Volker had been sought by Giuliani to help pressure Zelensky, while Yovanovitch was removed earlier this year as ambassador after she reportedly resisted that effort.

Pompeo himself risks greater pressure after the Democratic heads of the three investigating congressional committees said his being in on the phone call made him “a fact witness.”(AFP) 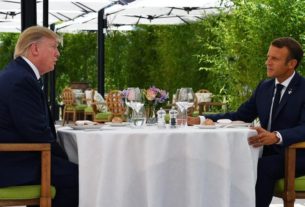 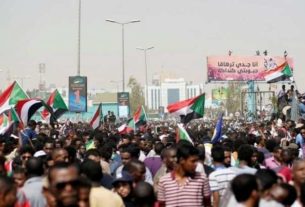 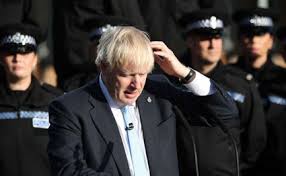