US President Donald Trump on Tuesday threatened to intensify sanctions on Iran, as hopes dimmed among world leaders gathered at the United Nations for a breakthrough in reducing tensions.

The leaders of France, Germany and Japan and Pakistan were all meeting separately with Trump and Iran’s Hassan Rouhani, fanning speculation that the pair — whose nations have been arch-enemies for four decades — could have a historic encounter in New York.

But in a speech full of praise of unilateralism and criticism of China, Trump made clear he would not ease economic pressure on Iran — a condition set by Rouhani for any meeting.

“As long as Iran’s menacing behavior continues, sanctions will not be lifted. They will be tightened,” Trump told the General Assembly.

After fiery speeches from the world body’s rostrum in his first two years in office, Trump appeared subdued, reading slowly from script, just as a scandal escalated over accusations he pressured the president of Ukraine to investigate the son of former vice president Joe Biden.

Trump denounced Iran for an attack earlier this month on Saudi Arabia’s oil infrastructure — a day after European powers agreed with US findings that Iran was to blame.

“All nations have a duty to act. No responsible government should subsidize Iran’s bloodlust,” Trump said.

European powers, while criticizing Iran, want to salvage a 2015 accord under which Iran dramatically scaled back its nuclear program in exchange for unmet promises of sanctions relief.

Trump last year pulled out of the agreement and imposed punishing sanctions, which Iran has said it wants lifted before any high-level dialogue.

German Chancellor Angela Merkel, after meeting both Rouhani and Trump, said that Iran’s condition on sanctions was “unrealistic.”

After the attacks in Saudi Arabia, which is leading a devastating air campaign in Yemen, “the risk is that there would be a flare-up based on a miscalculation or disproportionate response,” Macron told the General Assembly.

“I am not naive and I don’t believe in miracles but rather in the courage to make peace, and I believe that the United States, Iran and all signatories of this (nuclear) accord have that courage,” said Macron, who earlier reported an “extremely direct” 90-minute meeting with Rouhani.

Despite his strong words, Trump is known for his fondness of made-for-television drama, as witnessed in his three meetings with North Korean strongman Kim Jong Un, and for following last-minute gut instincts.

Pakistani Prime Minister Imran Khan said that both Trump and Saudi Crown Prince Mohammed bin Salman, whom he met on his way to New York, had asked him to mediate with Iran.

“Trump asked me that if we could de-escalate the situation and maybe come up with another deal,” Khan told reporters.

Pakistan has a close relationship with Saudi Arabia but also maintains ties with Iran, representing its interests in the United States.

Trump, however, said Monday that he was “not looking for any mediators,” saying of Iran, “they know who to call.”

Japanese Prime Minister Shinzo Abe, a close ally of Trump who visited Tehran in June, also met for one hour with Rouhani in New York.

In a speech heavy on domestic themes, Trump ripped into China and vowed to stand firm in a simmering trade dispute that has led to repeated rounds of tariffs and counter-tariffs.

“For years, these abuses were tolerated, ignored or even encouraged,” Trump said.

“But as far as America is concerned, those days are over,” he said.

He also said the United States was watching China’s handling of Hong Kong, the financial hub where protesters have taken to the streets against attempts to infringe on its special status.

Trump — who on Monday snubbed a major summit on climate change called by the United Nations — renewed his attack on international governance.

“The future does not belong to globalists. The future belongs to patriots,” Trump said.

Hailing Trump was Brazilian President Jair Bolsonaro, a far-right bugbear of environmentalists. He rejected criticism of wildfires that have raged in the Amazon.

The Amazon serves as a vast carbon sink, sucking up emissions that have contributed to fast-rising temperatures.

“What was truly called climate change is now truly a climate crisis, and what was once called global warming has more accurately become global heating,” Guterres said. 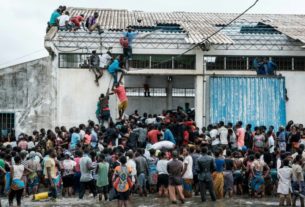 Shock as up to 500,000 displaced by southern Africa cyclone 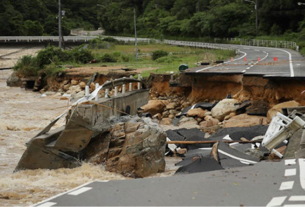 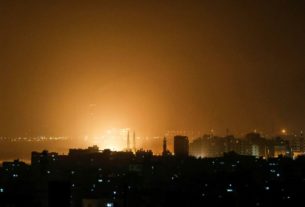